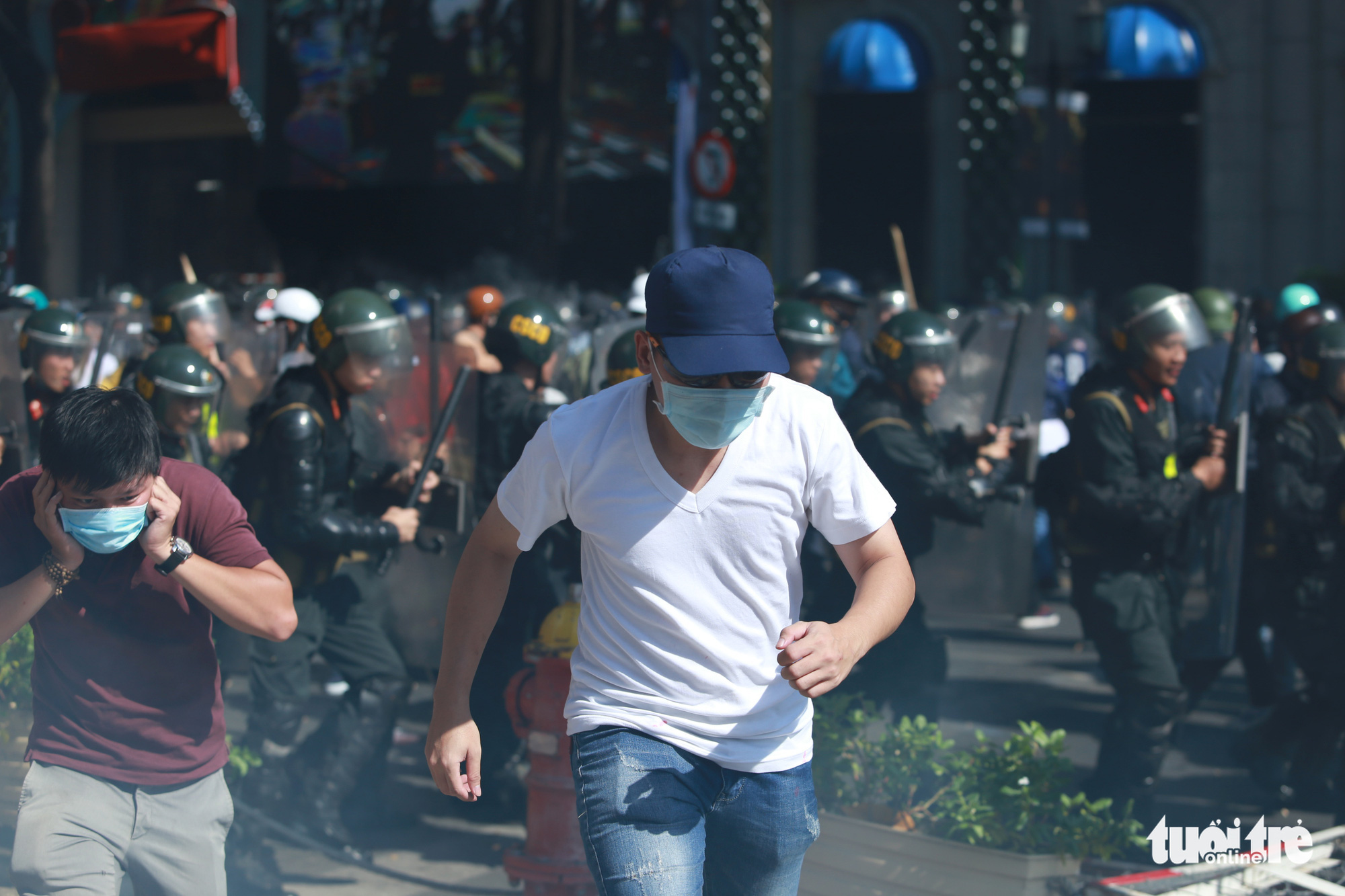 More than 4,000 people participated in a security and anti-terror drill that was organized in various locations in Ho Chi Minh City on Sunday morning.

The drill was aimed at testing the ability and strategies of relevant units when responding to emergency situations.

A total of four hypothetical situations were prepared for the drill.

In the first scenario, opposing forces took advantage of the Internet to establish online groups and upload false information that distorted and defamed the state, while inciting many people to cause social disorder.

In the second situation, officers had to promptly deal with a group of people who disturbed security and order at Tan Son Nhat.

In the third case, hundreds of people rode their bicycles and stirred up disorder on multiple downtown streets.

In the final situation, terrorists attacked the headquarters of state agencies and held many people hostage, as well as threatened to blow up the buildings and kill the hostages.