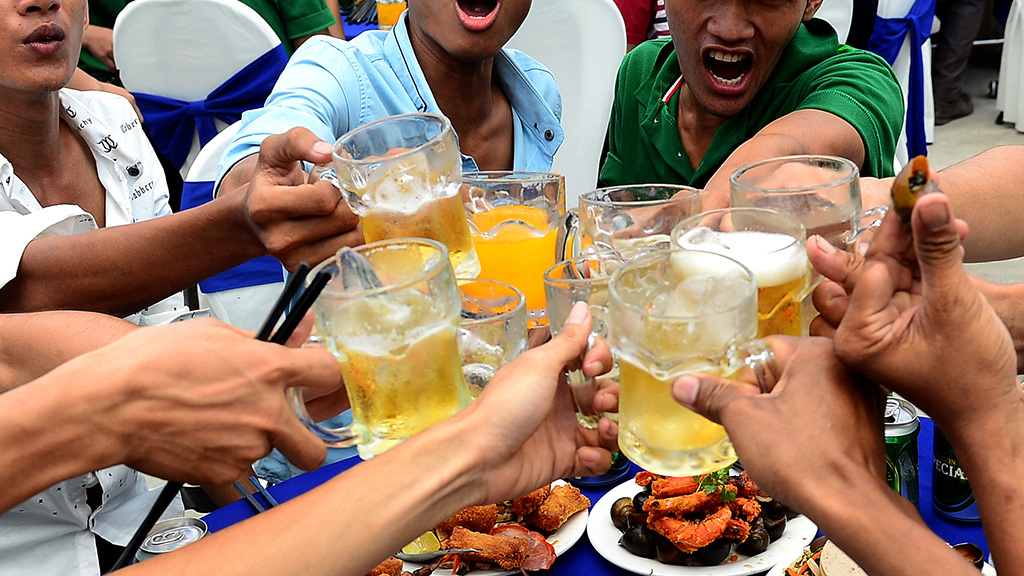 A new law set to take effect next year is hoped to make people in Vietnam think twice before pressuring others to drink alcoholic beverages.

The law on prevention and control of alcohol-related harm is scheduled to come into force on January 1, 2020.

Under Article 5 of the new law, inciting, provoking, inducing, or forcing others to down alcoholic drinks is prohibited.

Legal experts and local residents who have weighed in on the legislation believe that such a regulation is necessary to safeguard residents, but many are concerned about how the law will be enforced.

At a bar in Ho Chi Minh City, a group of young men laughed when a Tuoi Tre (Youth) newspaper reporter asked for their opinions on the new law, with the entire batch agreeing it will be difficult to implement.

“How will you prove you were forced by someone to drink alcohol? By photos, videos, recordings, and text messages?” one man asked.

“What if I insist that my friends drink some beer? And how many glasses or bottles of beer does he have to drink before it becomes illegal?” another man questioned.

V.T.M., a 29-year-old resident in Binh Tan District, claims he invites his friends to local tarvens on a daily basis for a few beers.

Now, M. wonders if his harmless invitation will make him a criminal.

“It is common that we pressure our friends in a friendly manner to drink more than they want. It happens just about everywhere that serves alcoholic drinks,” M. continued.

“It’s ridiculous that this kind of behavior is outlawed.”

“Decent and mature people know how to control themselves at the drinking table,” N. remarked.

“A lot of men and women don’t want to feel forced into drinking too much.”

According to Hoang Cao Sang, a member of the Ho Chi Minh City Bar Association, the new law is progressive but not easy to enforce.

“Telling others to drink more than they want has somehow become a part of Vietnamese culture," Sang elaborated.

"Many give in to peer pressure to avoid hurting the feelings of their friends and business partners.”

There should be clear and detailed instructions on how to enforce this regulation, the lawyer stressed.

“Before imposing penalties, authorities should try to limit peer pressure by raising awareness of the issue,” Nhu stated.