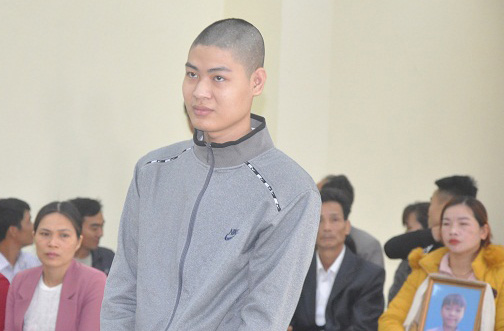 A court in Vietnam on Tuesday sentenced a man, on suspicion of paranoia, to life in prison for killing one elementary school student and injuring a teacher together with four other students with a knife last year.

The convict was also required to pay nearly US$11,000 to the families of five of the victims.

Minh exhibited signs of paranoia, believing that Le Van Thuan, a 34-year-old neighbor, transmitted the HIV to him, so he always wanted to take revenge on Thuan.

The man waited outside P.’s classroom with a knife in hand and then stabbed and slashed the child multiple times when he got out to take a break.

P.’s teacher T.T.Th. intervened, only to sustain an injury to her left arm following an attack by Minh.

The man returned to stab P. following the attack.

He fled the scene but police captured him later on.

The victims were hospitalized; however, P. gave in to the wounds.

The remaining five victims suffered injuries and survived them.

The Thanh Hoa People’s Court condemned Minh to life behind bars and required him to pay the families of the five students a combined VND252 million ($10,852) in compensation.