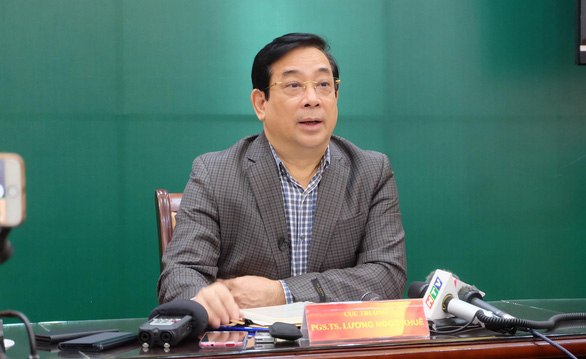 66-yo man recovers from novel coronavirus infection in Vietnam

A Chinese man, 66, has become the seventh patient to be sucessfully treated for the acute respiratory disease caused by the novel coronavirus (2019-nCoV) in Vietnam.

According to Khue, Li can now walk on his own and perform daily activities.

“The patient is in a good condition … We are seeking approval from the national steering committee [on preventing and combating the acute respiratory disease caused by 2019-nCoV] to have him discharged,” Khue said at Tuesday’s press conference.

Li was one of the first two new coronavirus-infected patients confirmed in Vietnam last month, with the other being his 28-year-old son, Li Zichao.

The father and son were admitted to Cho Ray Hospital on January 22 after having symptoms of a fever.

They were confirmed to be infected with 2019-nCoV the next day.

While the son recovered just three days afterward, his father took longer to be free from the 2019-nCoV infection as the 66-year-old has many pre-existing conditions, including lung cancer that was treated with surgery in 2018, Type 2 diabetes, and coronary artery disease, Khue said.

Khue attributed the father’s recovery to the great efforts of the medical team at Cho Ray Hospital.

The novel coronavirus, which first surfaced in the Chinese city of Wuhan in December 2019, has killed over 1,000 people and infected more than 43,000 globally as of Tuesday morning, according to the South China Morning Post.

It has since spread across mainland China and to 27 other countries and regions, according to a Reuters report.

Vietnam has so far confirmed 15 cases of the virus, including 12 Vietnamese, one Vietnamese American, and two Chinese.