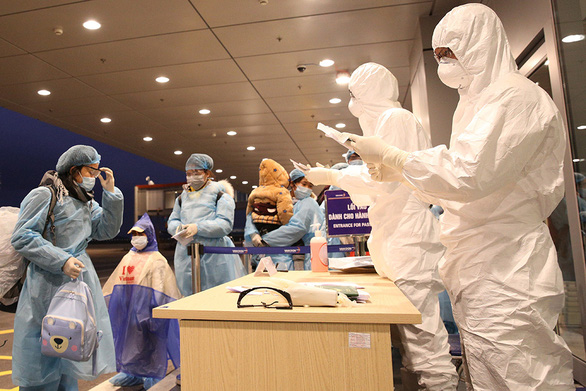 A three-month-old baby girl in the northern province of Vinh Phuc has become the 15th confirmed novel coronavirus (2019-nCoV) patient in Vietnam, having allegedly contracted the virus from her grandmother.

The little patient is a grandchild of P.T.B., a 42-year-old woman from Binh Xuyen District in Vinh Phuc who was the tenth confirmed case in Vietnam, the Ministry of Health said on Tuesday.

B. contracted the virus from her neighbor N.T.D., a 23-year-old woman who recently returned to the Southeast Asian country after having attended a vocational training program in the central Chinese city of Wuhan located in Hubei Province, the epicenter of the viral outbreak.

B.’s test sample returned positive for 2019-nCoV on February 4 after she had spent four days with her three-month-old grandchild, N.G.L., since January 28.

As the Center for Disease Control of Vinh Phuc Province monitored those who had been in close contact with B., including L., it noticed symptoms including coughing and a runny nose on the infant.

The center took a sample of L. and sent it to the National Institute of Hygiene and Epidemiology.

L.’s test sample has returned positive for 2019-nCoV, the Ministry of Health announced on Tuesday morning.

The baby is currently in quarantine with her mother at a general clinic in Binh Xuyen Distict.

The mother, who appears to be in good health, has also been sampled for testing although results are not yet available.

Vietnam has confirmed 15 infections so far, including 12 Vietnamese, one Vietnamese American, and two Chinese.

Among them, six patients had fully recovered and been discharged from the hospital as of Monday.

Hubei Province reported 103 deaths on Monday, the most in any single day, Reuters reported on Tuesday.

There are now over 42,000 confirmed cases in China, Hong Kong, Macau, and Taiwan, as well as 319 cases in 24 other countries, according to WHO and Chinese health officials.

The death toll in mainland China has climbed to 1,016 while two additional deaths have occurred elsewhere, including one in Hong Kong and the other in the Philippines, as of Tuesday.