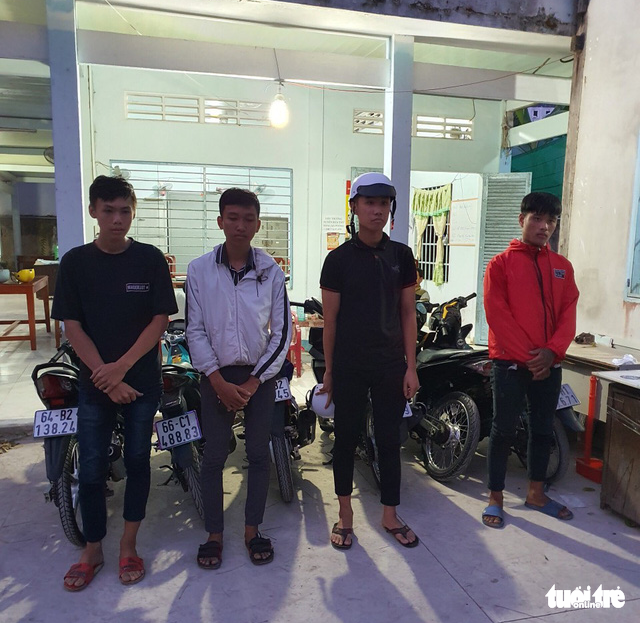 Police in Vietnam’s Mekong Delta have arrested a group of 16 illegal street racers who were armed with several types of weapons.

The Department of Police in Tien Giang Province confirmed they had captured the suspects and confiscated their motorbikes.

Preliminary information showed that a group of about 30 young men rode their motorcycles to the section of National Highway 1 in Cai Be District at around 3:30 am on Monday.

Many of them came from other provinces in the Mekong Delta.

As police officers arrived at the scene, the street racers fled and only 16 of them were apprehended.

Officers also found such weapons as machetes and knives.

According to local residents, this was not the first time unlawful street racing had been organized along National Highway 1 in the past days.