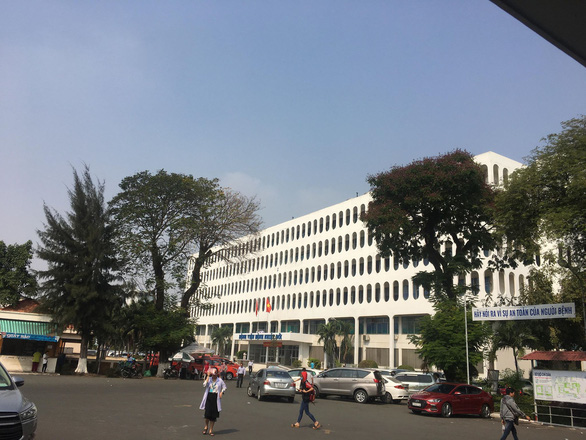 The Ho Chi Minh City Hospital for Tropical Diseases in District 5 held an inter-hospital consultation with the emergency resuscitation department at Cho Ray Hospital in the same district on Monday morning and decided to use extracorporeal membrane oxygenation (ECMO) on Vietnam’s 91st COVID-19 patient.

The 91st patient is a 43-year-old British man who works as a pilot for national flag carrier Vietnam Airlines and resides in District 2, Ho Chi Minh City.

Between March 13 and 18, he visited a number of catering and entertainment establishments in the southern metropolis, including attending a Saint Patrick’s Day party at Buddha bar in District 2 on March 14.

There have been at least 18 cases of COVID-19 infections in Vietnam linked to Buddha bar.

The Briton developed a fever and coughing on March 17 and was admitted to the Ho Chi Minh City Hospital for Tropical Diseases on the next day with a damaged right lung.

He tested positive for the novel coronavirus twice on March 18 and March 20 and has since been quarantined and treated at the infirmary.

Since his admission to the hospital, the patient has maintained a high fever, along with gradually worsening respiratory failure.

X-ray images showed that his lung damage has been getting worse.

The patient had received respiratory support from nasal cannula before moving to oxygen masks on March 25.

On March 27, the patient was treated with continuous positive airway pressure (CPAP), before changing again to an invasive ventilation machine on Sunday as his condition worsened.

The result of his COVID-19 test still came back positive for the novel coronavirus, with a high viral load, on April 3.

Following Monday morning’s inter-hospital consultation, a task force from Cho Ray Hospital came to the Hospital for Tropical Diseases to support the implementation of ECMO on the British patient.

The procedure was carried out inside a negative pressure isolation room, according to Dr. Nguyen Van Vinh Chau, the infirmary’s director.

Dr. Chau said that the 91st patient is also the only COVID-19 case being treated at his hospital.

Ho Chi Minh City has reported 53 cases of COVID-19 infections to date, 13 of whom have recovered and been discharged from the hospital.

Vietnam has announced 245 COVID-19 patients so far, with 95 having recovered.