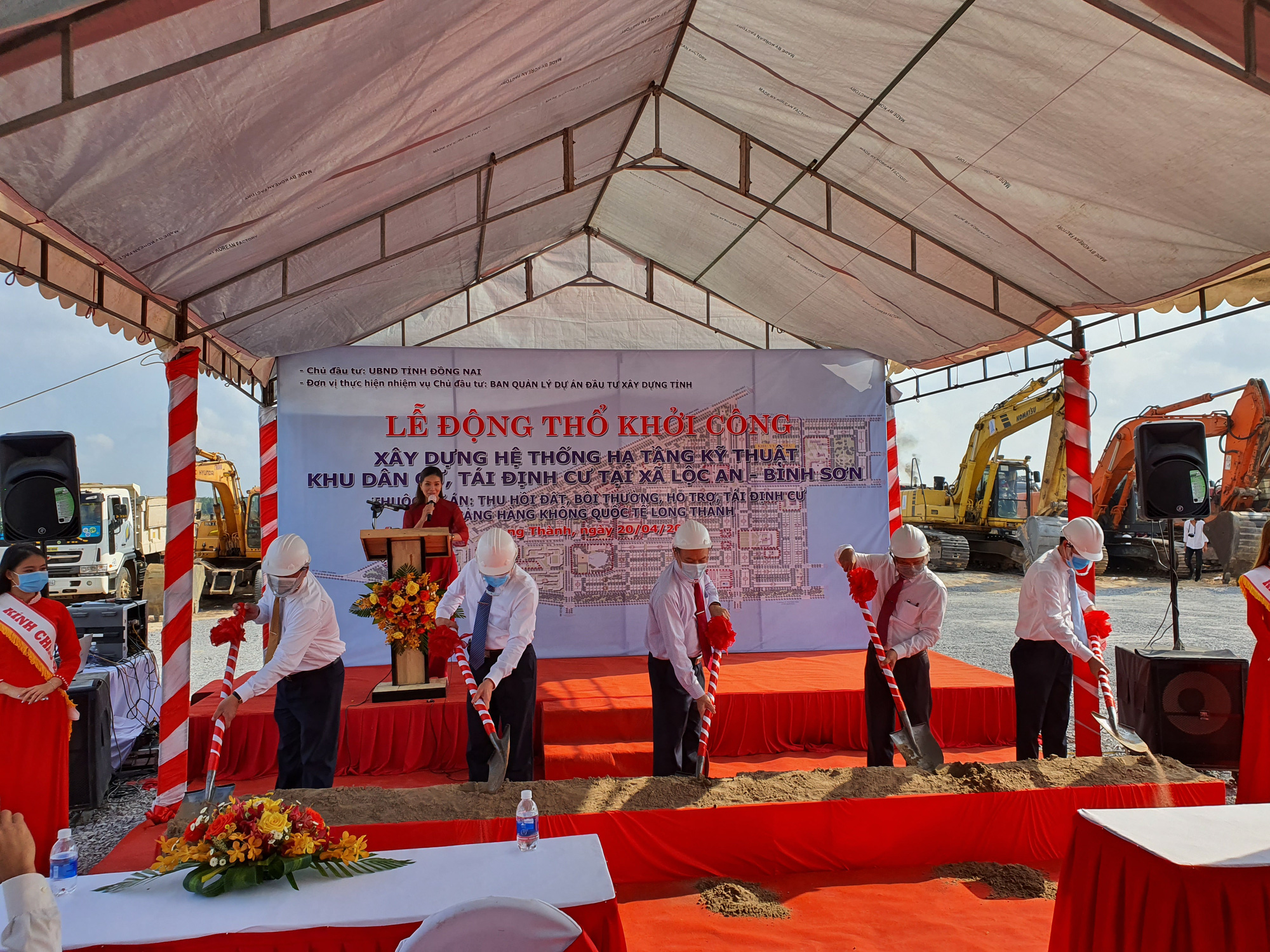 The administration in the southern Vietnamese province of Dong Nai has approved a plan to compensate residents affected by the site clearance of an over-3,000-hectare area for the construction of a megaairport.

An area of 3,027 hectares in Binh Son Commune, Long Thanh District in Dong Nai will be cleared to prepare for a megaproject to develop Long Thanh International Airport.

The provincial People’s Committee previously approved the compensation plan for nearly 1,800 hectares of land belonging to Dong Nai Rubber Corporation, which will be affected by the airport project.

To provide affected residents with new homes, a project to build the infrastructure for a 282-hectare resettlement area was initiated in Long Thanh District on Monday morning.

According to Le Quang Binh, director of the Dong Nai construction and investment project management board, the resettlement area is designed to house up to 28,500 residents.

The developer will start building such infrastructure as electricity, water, and communications systems, a sewage treatment plant, and fire hydrants.

By July, about 700 households are expected to have been given land plots inside the resettlement area to build their new houses, while the developer will continue constructing schools, medical facilities, and a cultural center, Binh elaborated.

The plan to build the airport was ratified by Vietnam’s lawmaking National Assembly in 2015, at a projected cost of $16 billion.

The central government previously tasked the Dong Nai administration with retrieving land to prepare for the airport construction, compensating affected residents, and assisting them in resettling.