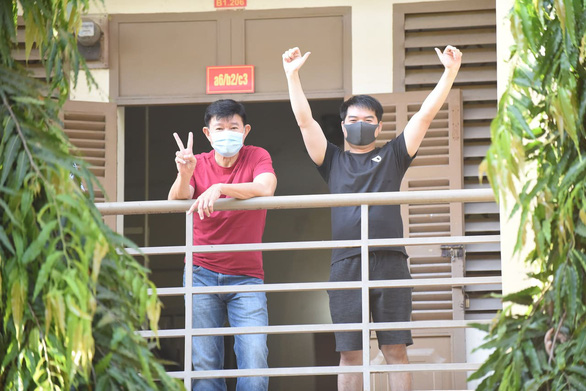 Vietnam announced one new novel coronavirus disease (COVID-19) patient on Sunday evening, the first case in more than a week.

This is an imported case who was quaratined upon entry this week, the Ministry of Health said.

The national tally currently stands at 271, with 219 having made a recovery and no fatality, according to the ministry’s latest statistics.

The new patient is a 37-year-old British expert who works for state-owned Vietnam Oil and Gas Group, better known as PetroVietnam.

He and 12 other experts were allowed to enter Vietnam on April 28 after touching down at Tan Son Nhat International Airport in Ho Chi Minh City on board a charter flight from the UK.

They came to Vietnam to carry out economic projects, the government said on its verified Facebook account.

The Southeast Asian country has barred entry to foreigners since March 22 but it still waives the condition for specific entrants on a case-by-case basis.

The experts were sent to a centralized quarantine center in Can Gio, an outlying district of Ho Chi Minh City, after landing.

They tested negative for COVID-19 on their first day of arrival.

The experts were retested on Saturday, with only the 37-year-old’s result returning positive for the virus.

He is being treated at a makeshift hospital for COVID-19 patients in Cu Chi, another outlying district of the city.

The Briton first tested positive in the UK on April 7 and he merely self-isolated at home, according to the Ho Chi Minh City Center for Disease Control.

His retest came back negative on April 21 so he managed to obtain a certificate proving he did not carry the virus before flying to Vietnam.

The country has recorded only three additional cases, all imported and isolated upon entry, since April 17. Two of the patients were confirmed on April 24.

Among the 52 active cases, which include 14 relapses, nine have tested negative at least twice while 12 have had their result come back negative for the first time, the national committee on COVID-19 control and prevention said.