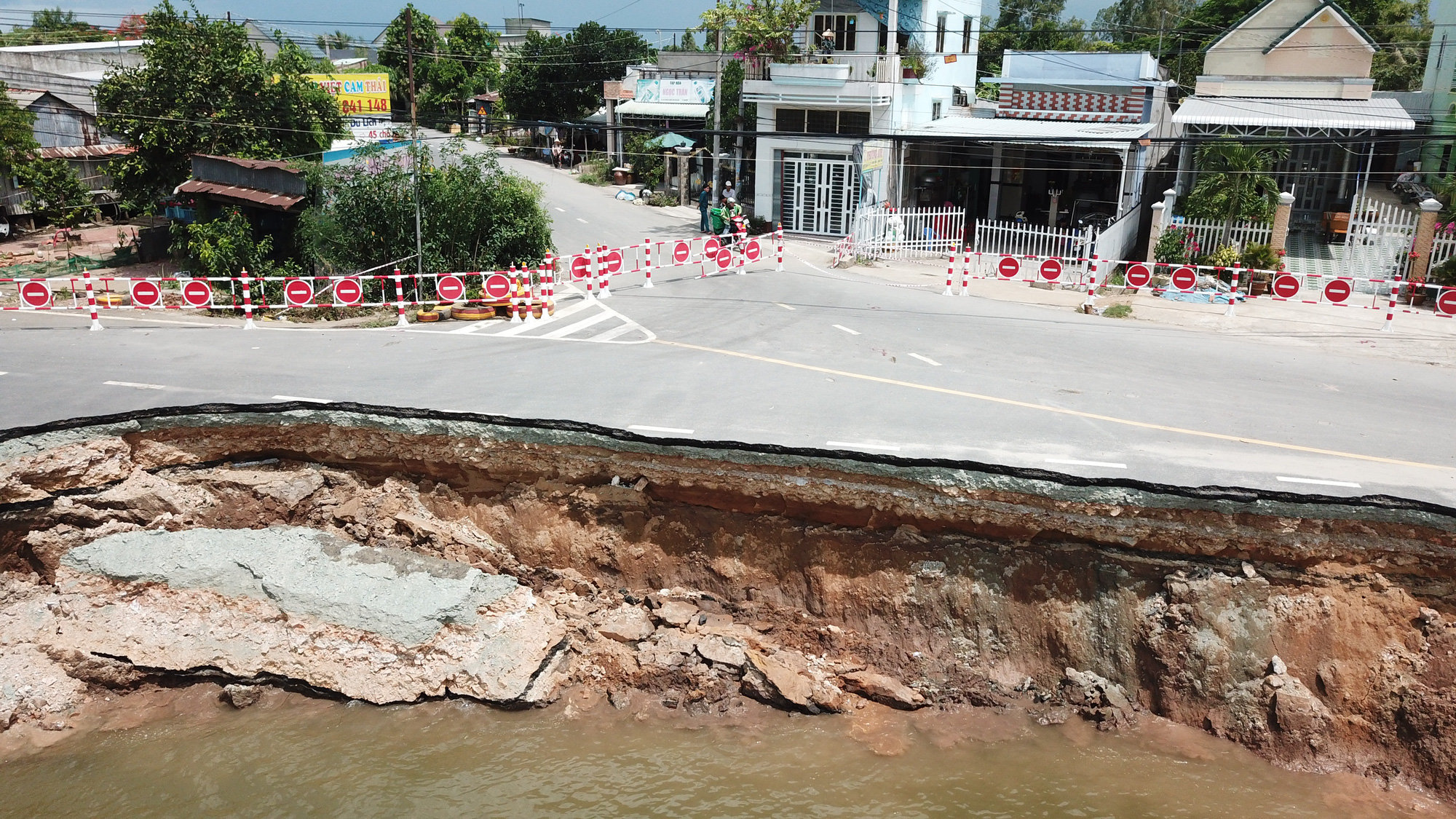 Residents living along the Hau (Back) River in the Mekong Delta province of An Giang are now worried for their safety and homes after riverbank collapse occurred earlier this week.

A 40-meter section of National Highway No. 91, which runs adjacent to the Hau River, in Binh My Commune, Chau Phu District sank into the water early on Wednesday morning.

Residents who live along this road have been losing sleep as their house may be next to be devoured by the river.

“I woke up many times during the night and went outside to check whether the road was still there or had already subsided,” said Le Ba Truyen, 70, who has lived there since he was born.

Truyen was one of a few residents who saw the riverbank collapse on Wednesday.

Meanwhile, Nguyen Van My said he has no other choice but to prepare for relocation, as he and his family may have to abandon their home if more parts of the national highway continue to sink into the river.

“Financial support from the state will not be enough. Our lives are be turned upside down as we will have to find a new place and livelihood,” My stated.

Expressing the same concern, Le Thanh Hung now has no idea what he will do to earn a living and take care of his wife and son when they move to a new place.

Many other residents in Binh My Commune are also on the fence between living in fear at their current homes or relocating to a safer area.

The An Giang People’s Committee has declared a state of emergency following the subsidence on Wednesday.

A more serious incident previously occurred at a nearby section of the highway last year.

Local authorities are reviewing their measures and estimating the number of affected residents to devise a detailed support plan.

Many poor residents are living in 16 tents and makeshift homes in the at-risk area.

Each of these families has been provided with VND40 million (US$1,700) worth of assistance, Nha continued.

“Regarding a long-term solution, we have proposed that provincial authorities channel VND50 billion [$2.1 million] into site clearance on a 13-hectare land plot, which will be turned into a relocation area for residents affected by subsidence,” the official stated.

Eight out of 29 affected households have been relocated so far, said Nguyen Thi Ngoc Lan, Party chief of Binh My Commune.

They have been allocated empty land plots, while their new homes have been built with the help of local charitable groups, Lan elaborated.