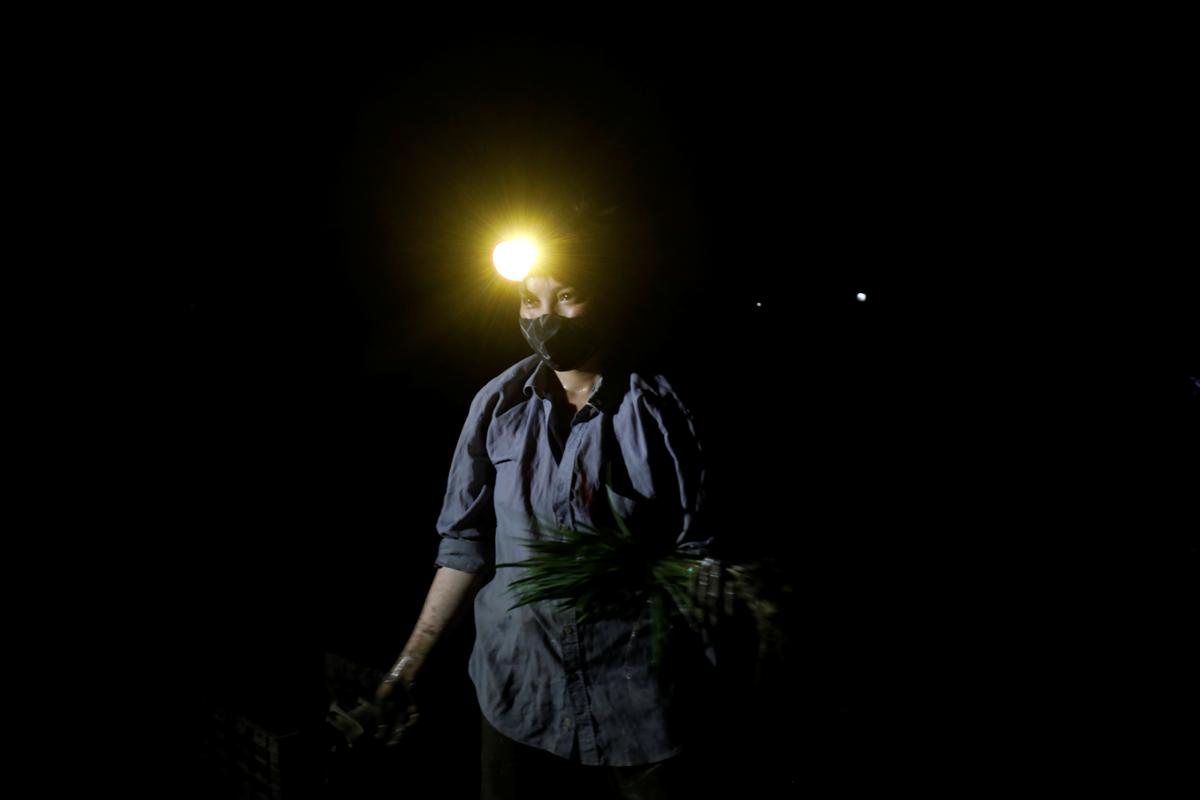 To beat the heat, Vietnam rice farmers resort to planting at night

HANOI — Under a pitch-black night sky, a group of Vietnamese farmers planted rice this week in a paddy field on the outskirts of the capital Hanoi using head lamps to illuminate the water-logged ground in front of them.

The farmers of the Tam Thanh Commune say they have been forced to work at night in the fields to avoid searing temperatures that they say have got worse over the years.

“Temperatures are rising one or two degrees [Celsius] every year,” said Le Van Ha, 40, who blames the felling of trees in the area for making temperatures more extreme.

Ha, who doesn’t want his children to follow his path into agriculture, said he now gets up at 2:00 am to avoid having to cope with stifling daytime conditions.

Even though working at night has slashed productivity, he says they can keep working much longer by avoiding the heat.

An official at Vietnam’s National Center for Hydro-Meteorological Forecasting said many parts of the country were suffering new heat waves this year, though temperatures so far were below last year’s record highs.

Temperatures in northern and central parts of Vietnam ranged between 35C and 40C on Thursday, according to the center.

Another farmer, Thai Hong Ngoc, 50, said planting at night meant that far fewer rice plants wither due to the extreme heat and is grateful that they now have machinery to use for harvesting.

“If I had to manually harvest crops like before, surely I would just leave it. It’s just too hot,” said Ngoc.