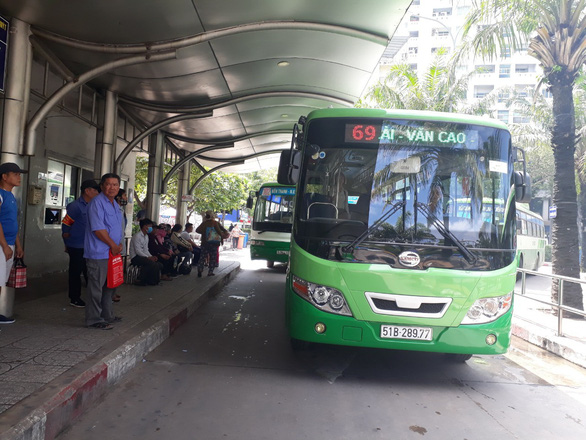 Ten bus operators in Ho Chi Minh City are facing a shutdown next month because of heavy debts resulting from a low number of passengers.

The bus operators said that they are trying to sustain their operations under the current difficult financial situation until July 30.

Unless the difficulties are solved by then, they will propose ceasing operations from August 15.

The Ho Chi Minh City Management Center of Public Transport (MCPT) has been subsidizing the public bus system, given the assigned targets of the passenger volume, on a yearly basis since 2002, according to news site VnExpress.

However, bus operators have complained that the MCPT has set the targets unrealistically high, making them unable to earn enough to pay their employees, cover fuel expenses, and timely pay interest on bank loans used to buy new buses.

At some critical points, some firms, such as Citranco Travel Company, had to take out loans from banks to pay staff salaries.

As a consequence, there were periods of time when employees at the bus companies refused to work while a number of bus operators had to suspend several routes.

The bus operators said that they have just received the advance on this year’s subsidies and are urging the MCPT to sign binding agreements for the targets of 2020.

However, according to Cao Thanh Binh, deputy chairman of the municipal Division of Economic and Budget, annual subsidies were never meant to be the main financial income for public buses.

Binh said at a meeting on subsidies to public buses last year that the support is intended to help expand the number of buses and improve service quality to attract more passengers, which in turn will bring in more revenue and eventually have the system stand on its own feet, VnExpress reported.

The bus operators’ asking for bus subsidies every year goes against this original idea, he said.