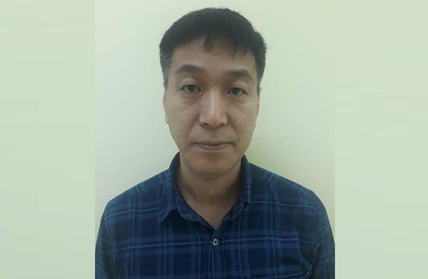 Police in Ho Chi Minh City have arrested a South Korean company director for scamming multiple investors and appropriating more than VND81 billion (US$3.5 million) with a Ponzi scheme.

The municipal Department of Police has apprehended and initiated legal proceedings against Kim Bum Jae, a 52-year-old South Korean man, and Nguyen Thi Huong, a 27-year-old Vietnamese woman, for “fraud and appropriation of property,” a source close to Tuoi Tre (Youth) newspaper confirmed on Monday.

From early 2019 to mid-2020, officers in the southern metropolis received a total of 119 reports stating that Raon Vietnam and Khanh Asset Companies had appropriated over VND81 billion ($3,500) from their investors.

Kim was the director of both companies.

Police investigation revealed that Kim previously met the general director of a company in South Korea in 2015, who suggested that Kim become a representative of his company’s branch in Vietnam.

His mission was to call for investment while the money raised from local investors was transferred back to the parent company for forex trading.

The profit from this business activity would be used to pay for the firm’s expenses in Vietnam. About four percent of the profit was used to pay interest and commissions.

From April 2015 to October 2018, he established nine companies in Vietnam for illegal finance mobilization.

Kim did not transfer investors’ money to the parent company, but instead spent it on personal purposes.

Police investigation showed that the man had been running a Ponzi scheme, in which he used the money of one investor to pay interest to others.

Using this tactic, Kim was able to scam at least 119 investors out of over VND81 billion.

Meanwhile, Huong was aware of his illegal activities but still agreed to help him set up Raon Vietnam and Khanh Asset Companies to facilitate his fraud.