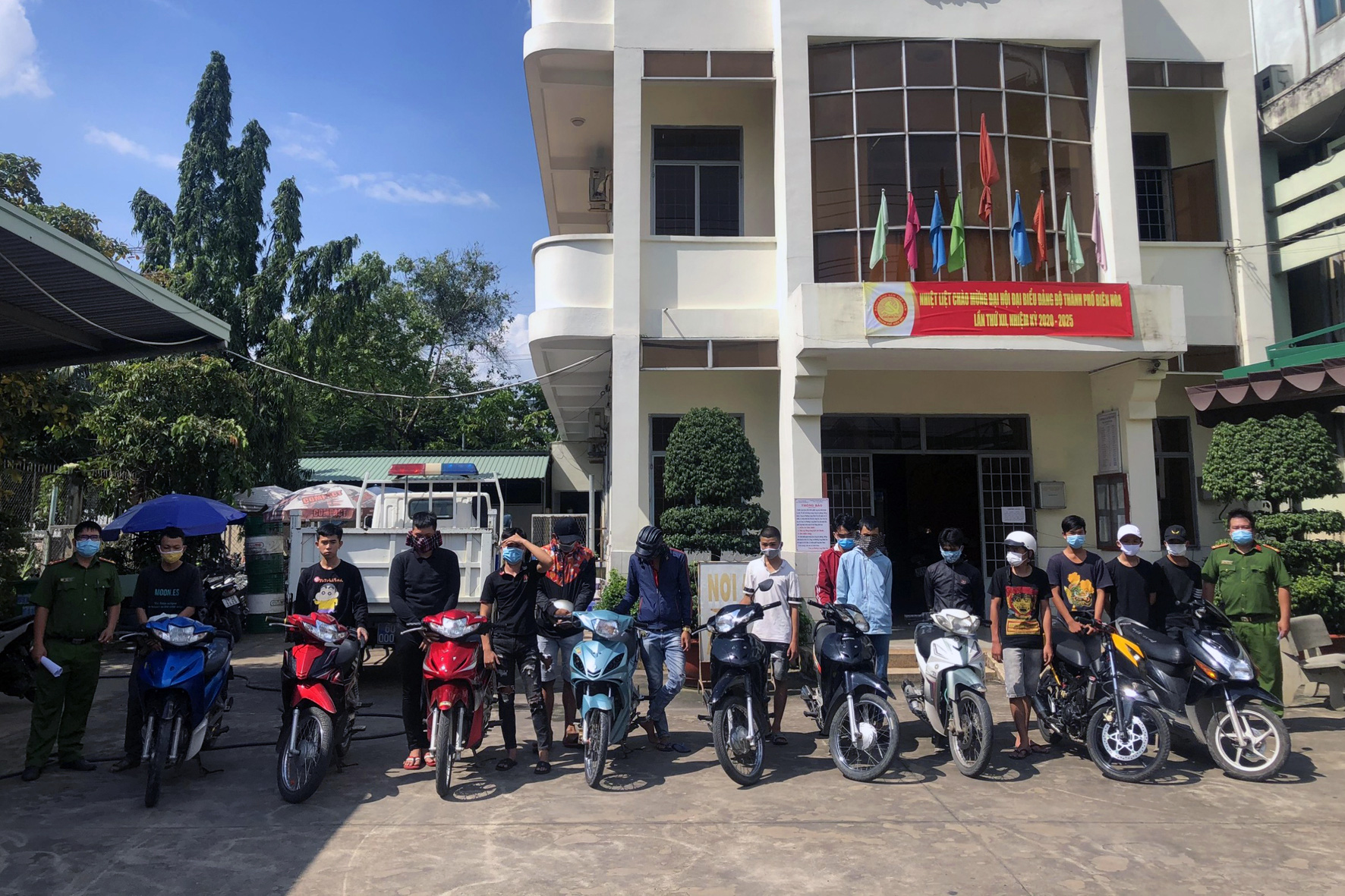 Dozens of young men gathered in the southern province of Dong Nai on Sunday to take part in an illegal motorbike race in the face of social distancing measures put in place to prevent the spread of the novel coronavirus.

Police in Bien Hoa, the provincial capital city, told local media they were taking measures to penalize those who took part in the race.

The officers promptly alerted their colleagues in Bien Hoa City and Dong Nai Province for backup.

Law enforcement officers later patrolled a number of T-junctions and intersections within the industrial park and detained dozens of young men, seizing their motorbikes.

An initial investigation revealed that most of the racers are between 16 and 20 years old who hail from Dong Nai, neighboring Binh Duong Province, and Ho Chi Minh City.

The youths admitted they had known each other through social networking sites and intended to hold the illegal race along the roads in the major industrial park.

Amid coronavirus outbreaks in other parts of Vietnam, the authority of Dong Nai Province has already imposed restrictions on gatherings as a preventative measure against COVID-19, the acute respiratory disease caused by the novel coronavirus.

Gatherings of more than 20 people in public places have been banned in Bien Hoa from August 4, with residents asked to stay at least one meter from one another while outside.

As of Monday afternoon, Vietnam has reported a total of 964 COVID-19 cases, with 464 recoveries and 24 virus-related deaths.

Dong Nai Province has reported two local infections since July 25, when a domestic case in the central city of Da Nang ended the country’s streak of 99 days without COVID-19 transmission in the community.