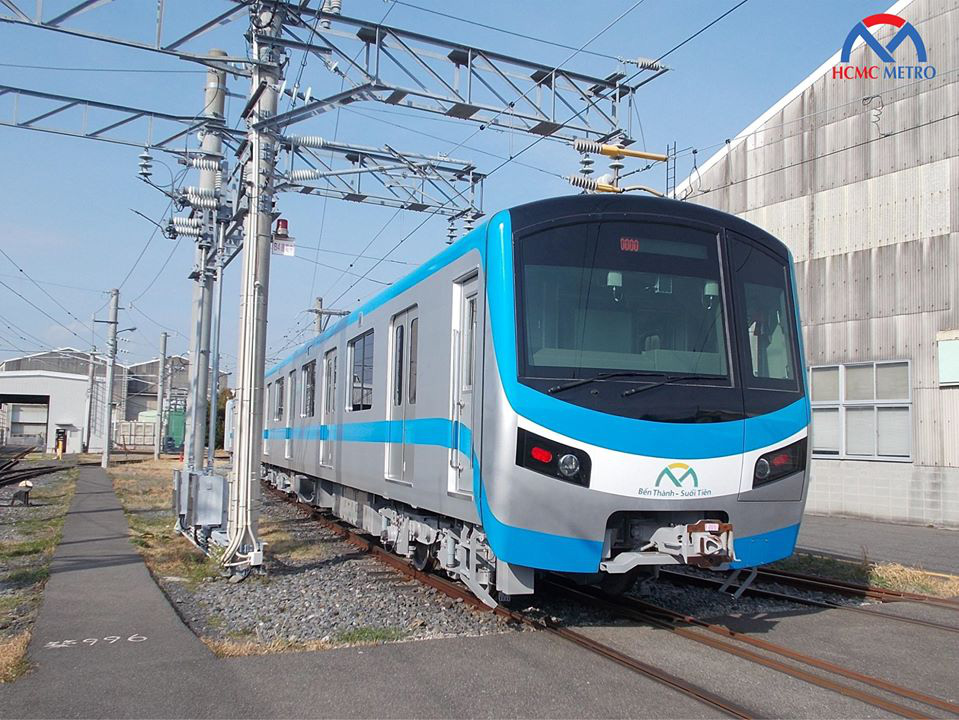 Previously delayed due to the pandemic, the first train for Ho Chi Minh City’s metro route No. 1 project is back on schedule, anticipated to arrive in Vietnam in October.

Six Japanese experts in charge of logistics and import procedures for the train will land in Vietnam on September 18 and undergo 14-day quarantine following their arrival, the Ho Chi Minh City Management Authority for Urban Railways (MAUR) confirmed on Thursday last week.

Following the experts' quarantine, the first metro train of line No. 1 is expected to reach Vietnam in mid-October aboard a cargo ship from Japan.

Based on the design specifications, the train consists of three cars, with a total length of 61.5 meters.

The metro train boasts a maximum capacity of 930 passengers, including 147 seats and standing space for 783 people.

In the future, the train is expected to receive another three cars as an extension.

Prior to this plan, the train was slated to arrive in Vietnam in June but did not make it as the country’s visitor restriction mandate barred the related Japanese experts from entering.

For the moment, the Japanese contractor Hitachi is conducting the last steps of technical inspection for quality assurance before sending the train to Vietnam.

Ho Chi Minh City's metro line No.1, which runs from Ben Thanh in District 1 to Suoi Tien in District 9, is 19.7 kilometers long, with 2.6 kilometers running underground and 17.1 kilometers of elevated railways.

About 85 percent of the project is expected to have been completed by the end of this year, and the metro has a planned public opening in late 2021.