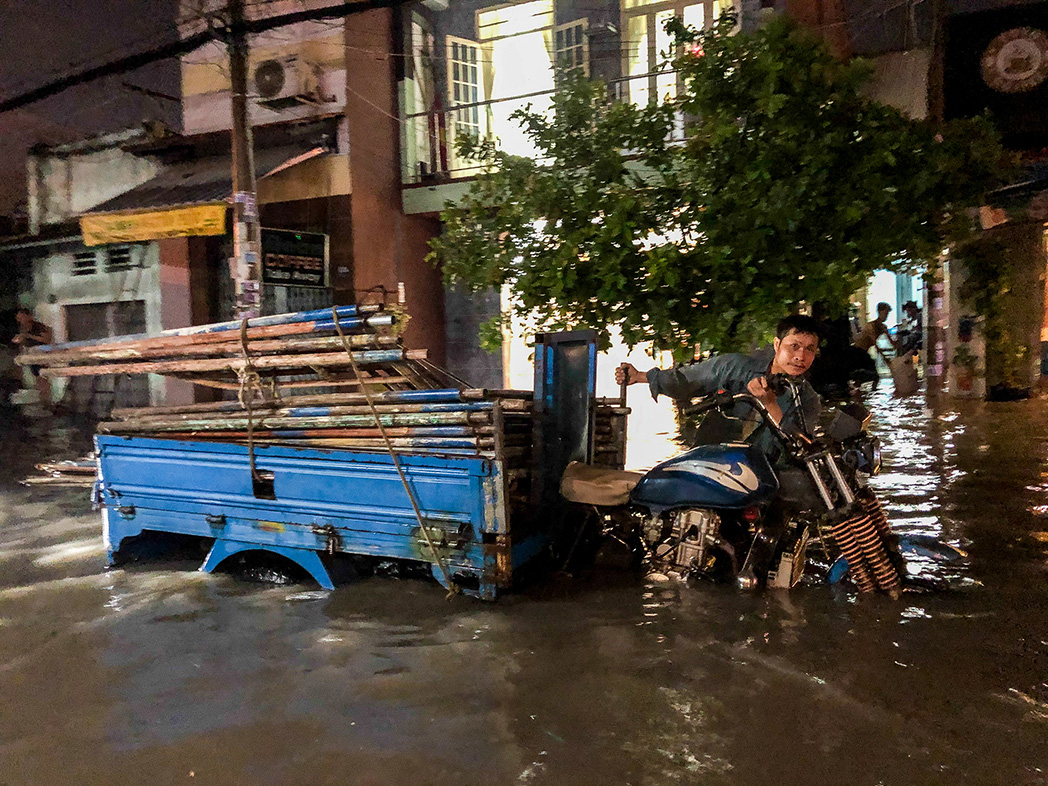 Vietnam's southern region, including Ho Chi Minh City, is expecting a streak of torrential rains this week that may last until the end of Sunday.

A low-pressure trough is to elongate over the south-central and southern areas of Vietnam, the Southern Region Hydro-meteorological Observatory reports.

A southeast monsoon of reduced intensity is also active in the southern region.

Due to the effect of the trough’s southern periphery and the emergence of an atmospheric instability arriving from the ocean, southern localities will encounter rain on a wide scale, with the local occurrence of moderate downpours and thunderstorms.

These rains and thunderstorms are likely to be accompanied by strong gusts, whirlwinds, and lightning, authorities warned.

It is speculated that the sweeping rainfall will linger until the end of Sunday, which calls for preemptive measures against inundation in low-lying areas.

Meanwhile, in Vietnam’s northern areas, wind convergence at high altitudes will cause the local occurrence of rainfall and thunderstorms.

Mountainous areas and stream-adjacent locales are advised to brace for chances of flash floods and landslides.

The observatory also identified the formation of a low-pressure area offshore the Philippines.

It is anticipated to develop into a tropical depression or cyclone by Thursday.

A cold front is forecast to push the low-pressure trough deeper into Vietnam’s northern region and cause a heavy downpour while it persists.