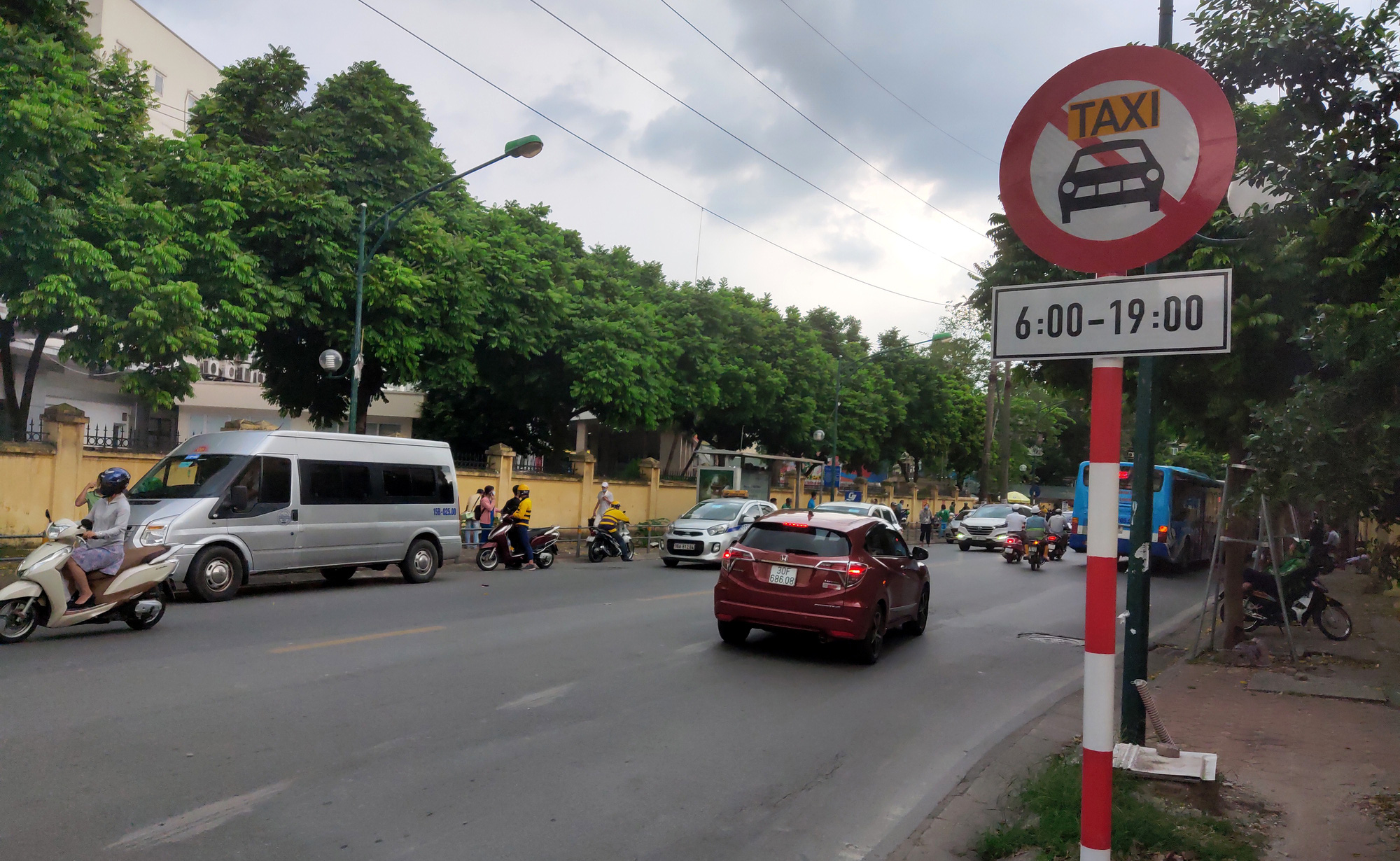 Ten roads in Hanoi are now entirely or partially off-limits to taxis and contract cars with under nine seats, according to recent adjustments to traffic planning in the capital.

The Department of Transport in Hanoi on Tuesday erected traffic signs banning taxis and contract cars with under nine seats, including the driver’s, from operating along ten local roads.

On Phu Doan Street, they are banned on one side of the road that runs from Hang Bong Street to Trang Thi Street.

One-way movement of taxis and contract cars is also restricted on Tran Hung Dao Street from Tran Khanh Du to Tran Thanh Tong Streets from 6:00 am to 7:00 pm, and on Nguyen Van Cu Street from the intersection with Hong Tien Street to Chuong Duong Bridge between 6:00 am and 9:00 am.

The Hanoi Department of Transport has asked its traffic inspectors to work with relevant units to guide the flow of vehicles on these streets and handle violations according to the law.

Local authorities are also asked to monitor and assess the real-life traffic conditions following the ban to come up with prompt and appropriate solutions upon detecting shortcomings in traffic organization.

The Hanoi People’s Committee in March issued an order that allowed taxis and contract cars to travel on these ten urban roads to relieve pressure on the transportation industry when students were off from school and people limited their traveling due to COVID-19.