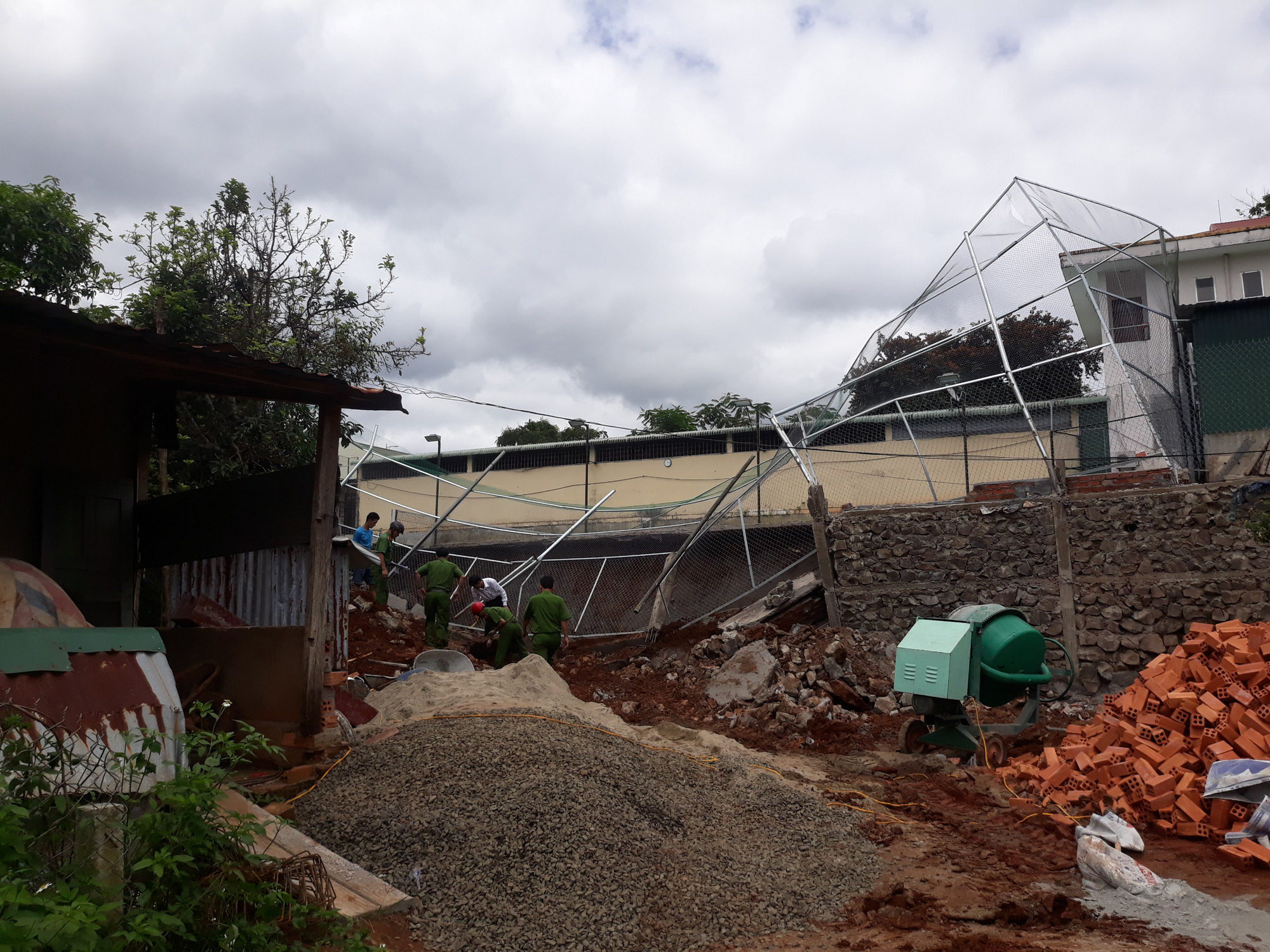 A three-meter stone embankment in Vietnam’s Central Highlands province of Dak Nong fell down on Monday, burying one person and killing them.

The incident occurred at around 8:30 am following a landslide, the People's Committee of Nghia Tan Ward in Dak Nong said.

According to preliminary information, the deceased was identified as Ho Kien D., 28.

After the collapse, authorities rushed to organize the rescue, but D. succumbed to a serious head injury.

At the scene, a stone-based embankment about three meters in height had collapsed, leaving a long iron fence deformed while construction tools were in disarray.

The embankment was completed a few days ago after it had suffered a previous collapse in July.

Four people were working near the site when the accident happened, according to a witness.

Heavy rain over the past couple of days had apparently weakened the base of the structure, leading to the tragic collapse.

The People's Committee of Nghia Tan Ward said that they planned to visit the victim’s family to express their condolences.