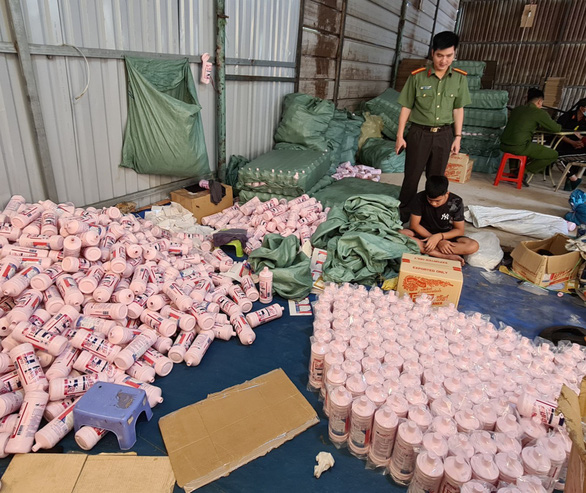 The swoop on the factory was carried out by economic police in cooperation with other relevant local police agencies in Thuan Giao District, Binh Duong Province on Wednesday.

The factory had been operated by QNP Co. Ltd., according to police reports.

Workers at the factory claimed they did not know what chemicals they were handling and that all instructions had been handed down directly from the facility’s owner.

Nguyen Minh Kien, head of the provincial economic police department, said that the racket was located deep in a guard-protected alleyway.

The scale of this illegitimate production was considerably large, with hundreds of boxes of counterfeit products made and sold each day, police said.

Authorities are still questioning suspects and collecting relevant documents to further their investigation.