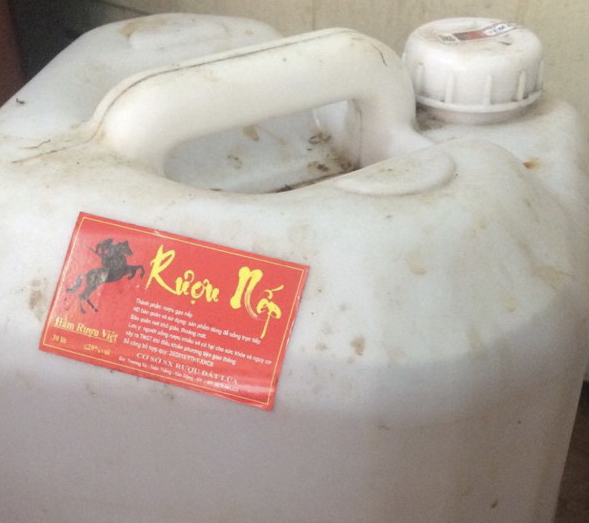 One dead, six hospitalized due to methanol poisoning in northern Vietnam

One person has been killed and six others hospitalized after drinking alcohol with a high methanol content in the northern Vietnamese province of Bac Giang.

The Poison Control Center under Bach Mai Hospital in Hanoi confirmed it had received a male patient who was in a deep coma with dilated pupils and hypotension on November 3.

A test showed that his blood methanol concentration was 141mg/dL, which resulted in severe metabolic acidosis, while his CT scan revealed serious diffuse brain damage.

As his condition did not improve despite doctors’ efforts, the family decided to take him home so that he could pass away among family members.

According to the patient’s family, he purchased alcohol from a local grocery store three days prior to his death.

He drank the liquor with three other people and started having a headache on the following day, before falling into a coma.

The patient was admitted to the provincial-level hospital and was later transferred to the Poison Control Center in Hanoi.

His three friends were also hospitalized for methanol poisoning and are in recovery thanks to prompt treatment.

The test result of the alcohol sample showed that it contained 20.21 percent of methanol and only 11.42 percent of ethanol.

The liquor was contained in a 30-liter plastic canister, whose label showed that it was a glutinous rice wine product of the brand ‘Ham Ruou Viet’ manufactured by the Ruou Dat Lua facility in northern Hung Yen Province.

A similar type of alcohol was previously responsible for three methanol poisoning cases in Bac Giang Province in mid-October.

Among the three patients, one suffered serious eye and brain damage.