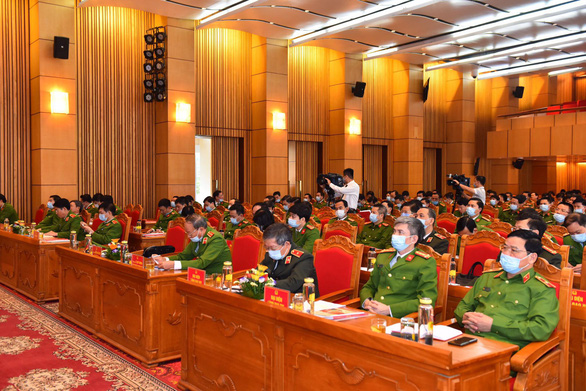 Nearly 1,200 drug-related criminals, most of whom are classified as dangerous and particularly dangerous, are still hiding in the community, heard the Investigation Police Department on Drug-Related Crimes’ meeting in Hanoi on Friday afternoon.

A 10-year summary on hunts for wanted drug-related criminals was conducted at the meeting.

Accordingly, authorities across Vietnam uncovered more than 208,000 cases and arrested nearly 322,000 suspects of drug-related crimes, seizing almost 7.8 metric tons of heroin, and 11.7 metric tons and more than five million tablets of synthetic drug, from 2010 to the end of the second quarter of 2020.

Many arrests with particularly large drug seizures in recent years showed the increasingly reckless nature and scale of drug trafficking and transportation.

A large number of drug-related criminals managed to run away from police and continued to lead lines of drug transportation and trade.

Up to now, 1,185 drug-related criminals have not been caught in the country. Most of those wanted are classified as dangerous and particularly dangerous.

They use many tricks to hide and conceal their whereabouts, such as changing their names, undergoing esthetic surgery, changing their places of residence, forging personal papers, creating legal covers, or hiding in remote places.

There was a case where two wanted drug-related criminals built a trench with solid walls in Ta De and Lung Xa Villages of Long Luong Commune in Van Ho District, located in the northern province of Son La, and armed themselves with weapons and ammunition to fight against authorities.

Therefore, chasing them is extremely difficult, with many police officers even sacrificing their health and lives.

Vuong anticipated that drug crime will remain complicated in Vietnam in the coming time, with a high number of wanted criminals.

He reminded police units and local authorities to focus on improving the quality of basic professional tasks, especially in key areas and places with complicated crime situations and drug evils.

The deputy minister also attached great importance to the development and use of science, technology, and communications, as well as support from local people, for successful hunts of drug-related criminals.