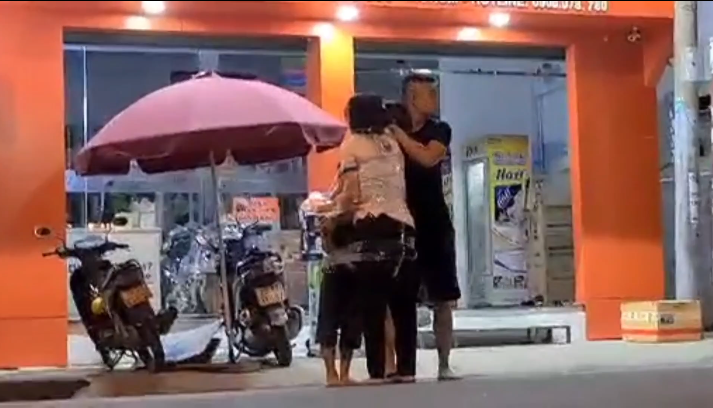 Police in Ho Chi Minh City have arrested a man who was allegedly high on drugs as he took three people hostage at a local milk store.

According to preliminary information, Thai, who was allegedly high on narcotics, entered a milk store on To Ngoc Van Street in Tam Phu Ward, Thu Duc District at around 8:30 pm the same day.

He threatened two women and one child inside the venue with a knife, before tying them up together with tape.

In the video footage filmed by a Tuoi Tre reporter, Thai walks out of the store along with the three victims, placing his knife on the throat of one of the women.

Police arrived shortly after being notified of the incident and convinced the man to let go of his weapon, but he did not cooperate.

He then demanded a mobile phone so that he could call his family members.

The victims were unharmed, while Thai was escorted to the police station for an investigation.

Some eyewitnesses said they saw Thai wandering around the neighborhood prior to the incident, Lao Dong (Labor) newspaper reported.

The man then walked into a pho shop to borrow a knife. He went on to take the weapon despite the owner’s refusal.