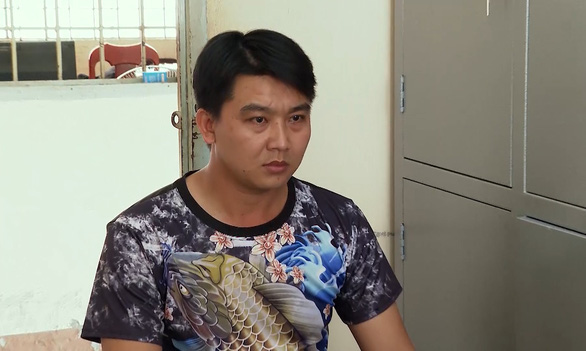 Police in the Mekong Delta province of Vinh Long have taken legal proceedings against seven suspects taking part in a kidnap that resulted in a death of one of them.

>>Man arrested for killing kidnapper to rescue wife in Vietnam

The prosecuted suspects were involved in the kidnap happening on November 11, in which a mother allegedly hired a gang of thugs to abduct her own daughter, resulting in a dead person and two injured others.

Nguyen Thanh Nhut, who is Chi’s son and the victim’s younger brother, was allowed to be released on bail to take care of his child in spite of being charged with illegal detention.

Given the preliminary information, domestic conflict was projected as the motive of the kidnap.

Chi, who was considered the mastermind of the case, paid VND10 million (US$431) in advance to hire a kidnap gang to arrest her daughter.

The gang came to Vinh Long Province from Ba Ria - Vung Tau Province to kidnap Vo Thi Thuy Hang, 29, Chi’s daughter, who is living with Giao. Nhut joined the gang as a navigator.

At noon on November 15, a gang of six carrying tear gas and batons arrived at Tam Giao Coffee Shop in a Ba Ria - Vung Tau Province-registered car. The coffee shop is located along National Highway No. 53 in Long An Commune, Long Ho District, Vinh Long Province.

The gang of thugs rushed into the coffee shop and forced Hang, who is the shop owner, into the car before driving away.

Giao, Hang’s husband, who had been harvesting coconuts in the garden behind the coffee shop heard the wife’s loud scream for help. Giao grabbed a spiked stick and rushed to rescue her.

He used the sharp stick to confront the gang, causing the death of Tran Le Du Thinh and injuring two others.

After incident, Giao turned himself to local police and four of the gang were arrested. Giao is currently being held in custody on charges of murder.