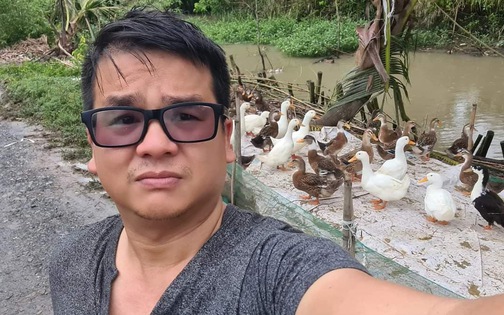 Danh, 38, was arrested by police officers in the Mekong Delta city of Can Tho, Major General Nguyen Van Thuan, director of the Can Tho police department, confirmed on Thursday afternoon.

He is charged with “abusing the rights to free speech, press freedom … and other democratic freedoms to hurt state interests as well as the legal rights and interests of organizations and individuals,” Thuan said, citing the criminal code.

Danh was born in 1982 and has a registered address in Vinh Ngai Commune, Tan An City, Long An Province, located in the Mekong Delta.

He worked for several newspapers before. He has been known as a prominent Facebook user in recent years.

Danh was escorted to his home in Long An for a search the same day.