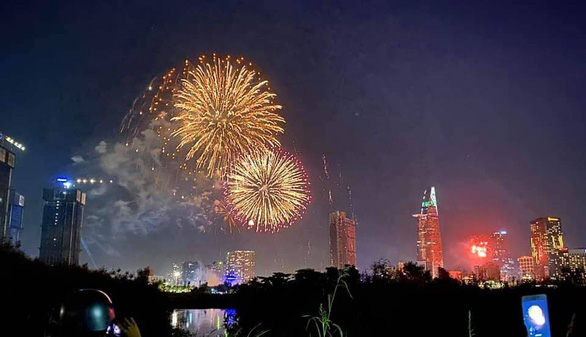 Check out the news stories you should not miss today:

— Ho Chi Minh City authorities have proposed a plan to celebrate New Year with pyrotechnic displays at the entrance to the Saigon River Tunnel in District 2, the Landmark 81 skyscraper in Binh Thanh District, and Dam Sen Cultural Park in District 11 at midnight on New Year’s Eve.

— Police in the northern province of Hung Yen’s Khoai Chau District on Tuesday announced the detention of Luu Chi Tuan, 31, for an investigation into a case in which he allegedly set the house of Nguyen Như H., Tuan’s neighbor, on fire last week. No casualties were reported but many assets in Tuan’s house were burned down.

— Authorities at Tan Son Nhat International Airport in Ho Chi Minh City have recently detected a 93kg shipment suspected to be rhino horns at a warehouse while it was in transit from Africa before being transported to some Asian countries.

— Doctors of the Ho Chi Minh City Children's Hospital on Tuesday said they have recently managed to save three-year-old T.T.H.S., who was hospitalized after swallowing 18 magnet marbles from his mother’s eye massage device.

— Vietnam’s COVID-19 tally on Tuesday evening reached 1,420, with 1,281 recoveries and 35 deaths, according to the Ministry of Health.

— Ho Chi Minh City expects to receive around 32.7 million domestic tourists in 2021 as the COVID-19 situation has been put under control again, according to the municipal Department of Tourism. It is estimated to welcome over 1.3 million international tourists this year, an 84.8 percent decline compared with last year.

— The Australian Embassy in Hanoi has announced a call for proposals to support green economic recovery from COVID-19 in Vietnam under the Business Partnerships Platform, a flagship initiative of the Australian government which supports partnerships with businesses to deliver sustainable economic growth and poverty reduction together with commercial returns, the embassy said in a press release on Tuesday.

— Between January and November this year, Vietnam's rice exports exceeded 5.7 million metric tons, down three percent, but earnings surged 9.7 percent to nearly US$2.83 billion against the same period in 2019 thanks to export price increase, the Vietnam News Agency reported on Tuesday.