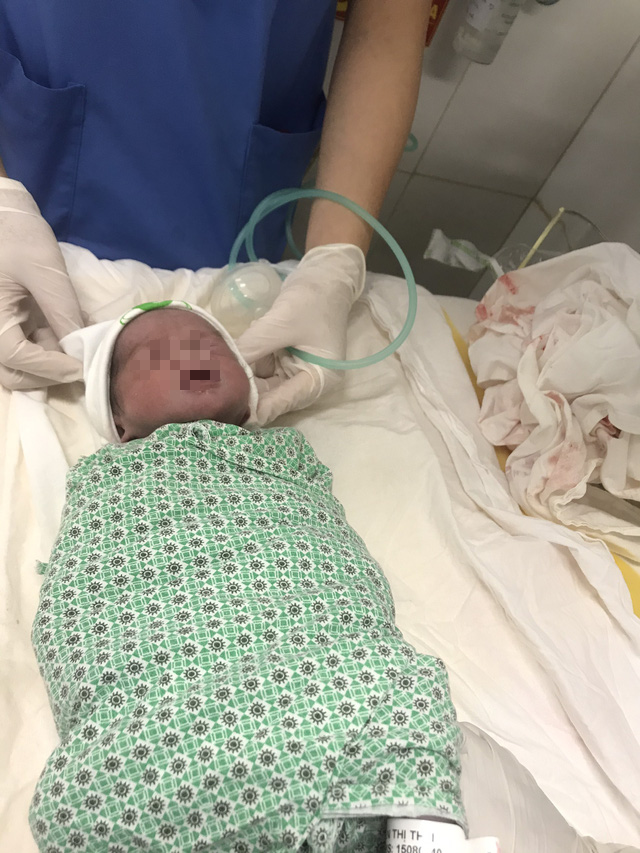 A woman in Hanoi with a twin pregnancy has delivered a healthy baby boy eight weeks after she miscarried the first one.

The woman was pregnant with twins after undergoing in vitro fertilization (IVF), according to Le Quang Hoa, a senior doctor at the Hanoi Obstetrics and Gynecology Hospital.

She suffered bleeding and was hospitalized five weeks into her pregnancy.

The mother was discharged in the 12th week but was admitted to the infirmary with serious uterine bleeding in the 20th week.

At 24 weeks, her amniotic sac broke open and she showed signs of amniotic infection with such symptoms as high fever, dry lips, and difficulty breathing.

She had to give birth prematurely to the first baby on the following day. The child weighed only 500 grams and was a stillbirth.

“When this happens, the mother must also give birth to the remaining twin, as keeping the baby inside her poses a high risk of infection, which threatens both the mother and her child,” Dr. Hoa elaborated.

However, in this particular case, the mother’s umbilical cord receded and her cervix closed after the miscarriage of the first twin, which was very rare.

As blood tests showed that her infection index had decreased, doctors at the hospital decided to keep the remaining baby inside the mother.

On December 30, which was 33 weeks into the pregnancy, doctors performed a cesarean section to ensure safety for the baby.

The baby boy weighed 1.6 kilograms and was in good conditions at birth.