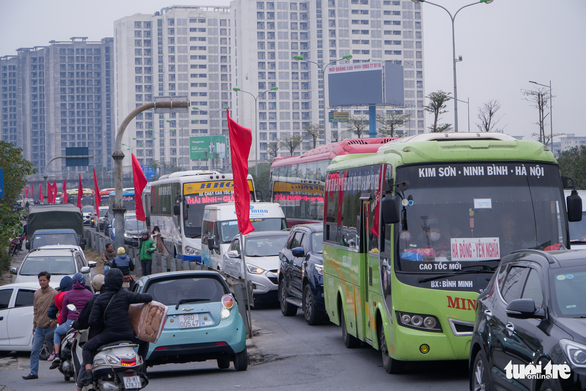 On Sunday afternoon, entrances to downtown Hanoi all experienced jams, with vehicles stuck in slow-moving flows caused by the overwhelming influx of inbound traffic after the holiday, according to the observation of Tuoi Tre (Youth) newspaper reporters.

An eight-kilometer delay was seen starting from the Ring Road 3 intersection to the Ngu Hiep District segment of Phap Van – Cau Gie Expressway at around 4:00 pm on Sunday.

Meanwhile, the intersection between the Phap Van – Cau Gie Expressway and the Phap Van frontage road saw chaotic traffic due to the large volume of vehicles trying to depart the highway.

Traffic police were promptly mobilized to direct traffic and handle congestion at the intersection.

In a discussion with Tuoi Tre, Dinh Van Son, a traffic police officer on duty at the Phap Van - Cau Gie Expressway, pointed out that the profuse volume of traffic from all surrounding provinces to Hanoi caused a bottleneck situation on entrance expressways.

Also on Phap Van – Cau Gie Expressway, many inter-provincial buses were seen stopping on the side of the road to drop off passengers, many of whom jumped the fences and walked toward the frontage road to catch a xe om, or motorbike taxi, home.

“Our unit has mobilized 100 percent of its manpower from the early afternoon, directing and guiding vehicles to help commuters get through easier,” Son said.

As streams of traffic flowed in from outside of Hanoi, the line of delay stretched kilometers, causing vehicles to slowly creep through.

Despite all five lanes operating, motorbikes on Vo Chi Cong Street were still stuck in the lanes mixed with cars.

In the meantime, traffic heading toward Hanoi on Thang Long Highway also struggled to crawl through congestion.

After disembarking the buses, passengers at the front gate of Giap Bat Bus Station were seen spilling onto Giai Phong Street, trying to book a ride home, which exacerbated the traffic. 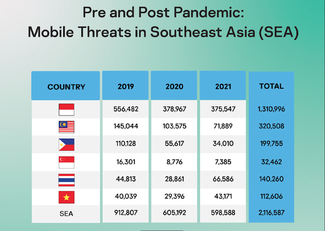 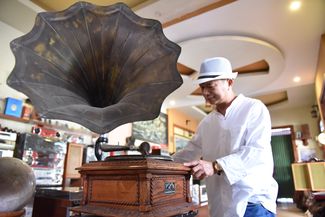 Long’s collection of tape recorders and turntables is worth nearly VND2 billion (U$86,600).

18 hours ago
Features the expat files