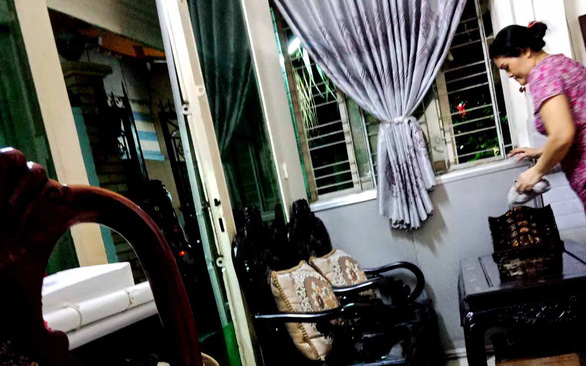 Despite a Vietnamese regulation requiring house owners to sign employment contracts with their domestic workers that has been effective for about ten years, few people have complied with the rule.

According to Vietnam’s Labor Code, an employer shall sign a written labor contract with a domestic worker who regularly does housework for one or more families.

The duration of a labor contract for a domestic helper may be negotiated by both parties.

Either side may unilaterally terminate the contract with an advance notice of 15 days.

The two parties shall agree and clearly write in the labor contract the method and time of wage payment, daily working hours, and accommodations.

In addition, employers also have to cover compulsory social and medical insurance for domestic workers.

However, few employers and domestic helpers have followed the set of rules.

N.T.U., 45, hailing from the Mekong Delta province of An Giang, has worked as a domestic helper for a family in southern Binh Duong Province for two years without a labor contract.

U. said she did not care about the necessity of the employment contract as the employer’s family has been treating her well and warmly, with timely payment of VND5 million (US$216) every month and even some bonuses.

According to V., an employer who hires a household worker in southern Dong Nai Province, it is not uncommon that employers and domestic employees in her locality establish their legal relationship merely with a verbal agreement rather than a written one.

V. said many people are in the age of retirement and they can no longer work for companies.

Therefore, they choose to work as domestic workers without signing an employment contract for additional earnings.

A number of domestic workers also prefer not to sign a labor contract to avoid binding and deducting part of their wages for insurance payment.

According to lawyer Le Trung Phat, although Vietnam’s law clearly regulates that an employer who fails to sign the labor contract with their employees as prescribed will be subject to an administrative fine of between VND1 million ($43) and VND20 million ($864), it is difficult to detect those kinds of violations.

Therefore, tracking those kinds of violations needs the employees’ initiatives.

“It will be more of the domestic workers’ role to request the employers to sign the employment contract in order to ensure their rights and social welfare,” Phat emphasized.

“In cases where the employees find jobs through human resource outsourcing services or companies, these third parties are responsible for ensuring that the employers and employees comply with the regulations, and the household workers can be contracted according to the Labor Code.

“In addition, the homeowners also need to respect their domestic workers like other skilled workers and sign a legal labor contract."