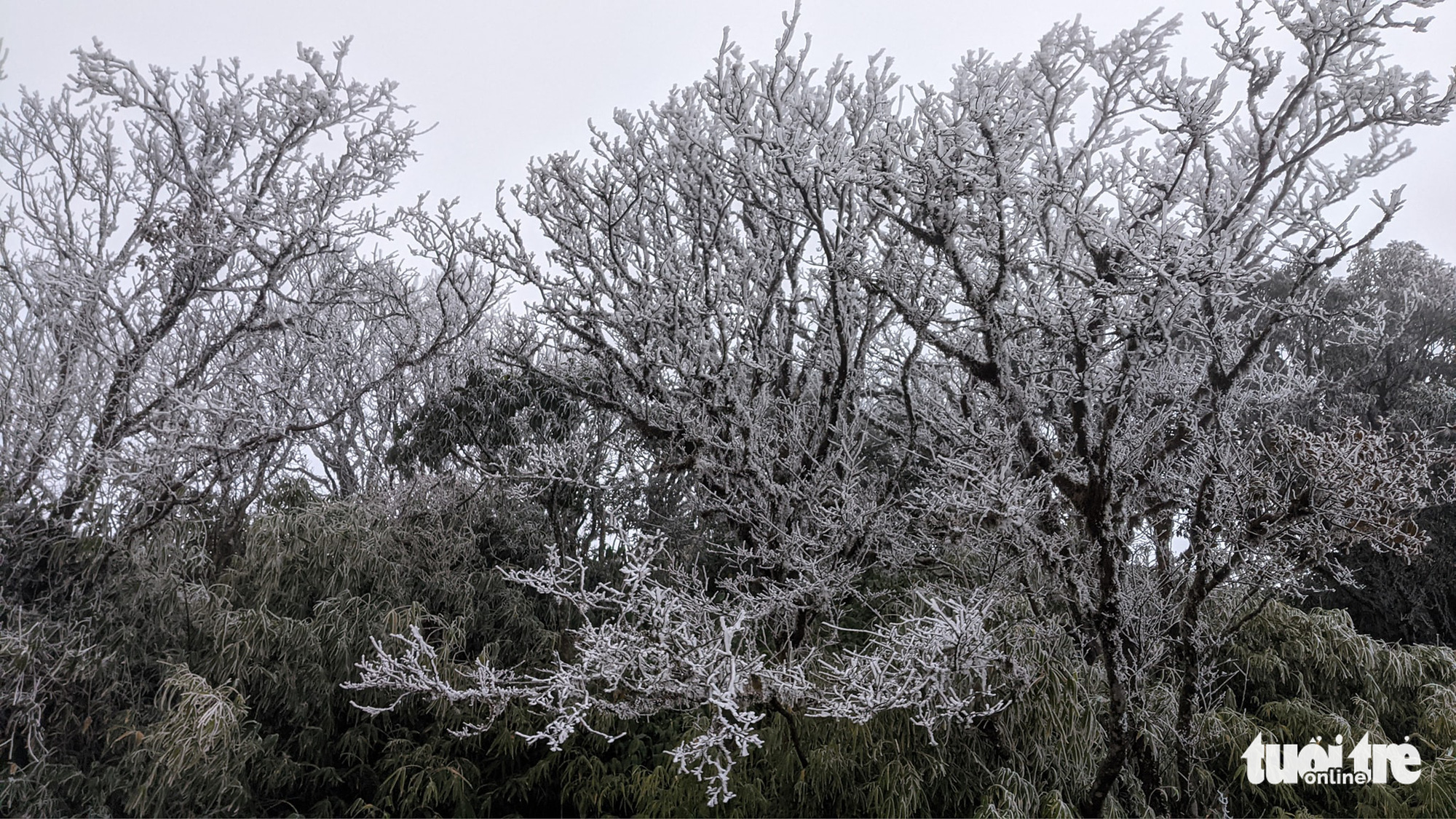 Frost covered several mountains in northern Vietnam as temperature dropped to below zero degrees Celsius due to a strong cold spell which swept into the region on Friday morning.

Lows in multiple provinces in the Red River Delta fell below 10 degrees Celsius by 6:00 am on Friday morning, according to the National Center for Hydro-meteorological Forecasting.

At the Mau Son mountain area in Lang Son Province and the Phja Oac mountain peak in Cao Bang Province, temperatures slipped to minus 1.4 and minus two degrees Celsius, respectively, causing frost to form.

A similar phenomenon was also recorded in Xin Cai Commune in Ha Giang Province, where mercury fell to minus one degree Celsius.

In the localities between north-central Quang Binh Province and central Quang Ngai Province, average lows sat between 13 and 17 degrees Celsius.

From January 9, provinces in south-central and southern Vietnam will also be affected by the cold spell, with temperatures dropping at night and early in the morning.