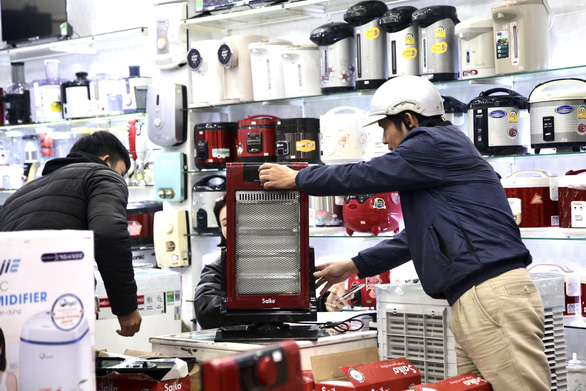 — The Vietnam General Confederation of Labor has decided to support workers who have been affected by COVID-19 and natural disasters in 2020 with VND1-2 million (US$43-86) each on the occasion of Tet (Lunar New Year) holiday, which begins on February 12.

— Police in the Central Highlands province of Dak Lak’s Buon Ma Thuot City on Tuesday arrested Nguyen Thanh Luan, who was a suspect in dozens of theft cases in Dak Lak and neighboring Dak Nong, and confiscated many valuable assets along with four guns and weapons of various types.

— Residents in Hue City in central Thua Thien-Hue Province have flocked to buy heaters in recent times as temperature there has dropped to as low as 10 to 11 degrees Celsius. The norm is 30 degrees Celsius in tropical Vietnam.

— Children's Hospital 2 in Ho Chi Minh City on Tuesday afternoon said they had successfully removed a big hair ball from the intestine of an eight-year-old girl in District 7 who suffered intestinal obstruction due to her Rapunzel syndrome.

— A period of severe saltwater intrusion in the Mekong Delta due to lower upstream water levels is expected from February 8 to 16 as Vietnam celebrates Tet, the Vietnam News Agency reported on Tuesday, citing a recent dispatch from the Ministry of Agriculture and Rural Development’s Directorate of Water Resources.

— Vietnam received 3.7 million international tourists and 56 million domestic tourists in 2020, a respective reduction of 80 and 34.1 percent in comparison with the same period in the previous year, according to statistics from the Vietnam National Administration of Tourism.

— Vietnam earned $3.26 billion from exporting fruit and vegetables last year, a year-on-year decline of 13 percent, the Ministry of Agriculture and Rural Development has reported.

— Ho Chi Minh City is working on its 2021 Nguyen Hue Flower Street, an annual activity to celebrate Tet, with a focus on organic design and architecture to deliver the message of an eco-friendly lifestyle.