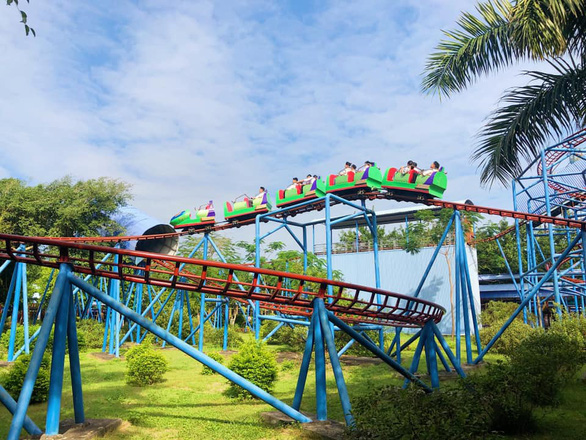 One child died and two others were injured after a roller coaster derailed at an amusement park in northern Vietnam on Thursday, a source told Tuoi Tre (Youth) newspaper.

A group of people were riding the roller coaster at Dao Ngoc Xanh (Green Pearl Island) Amusement Park in Thanh Thuy District, Phu Tho Province around 12:30 pm on Thursday, the source said.

“The roller coaster veered off course, throwing at least three children to the ground,” the source recounted.

“One of the kids died while the other two were hospitalized.

“One of the injured children had a broken arm, the remainder suffering traumatic brain injury.”

Such an accident happened at Dao Ngoc Xanh on Thursday afternoon, Duong Quoc Lam, chairman of Thanh Thuy, confirmed to Tuoi Tre on the evening of the same day.

“I’m waiting for a detailed report of the incident from relevant units,” Lam said.

Police officers have been cordoning off the scene of the accident, said Colonel Hoang Viet Son, chief of Thanh Thuy police.

“Provincial investigators will deal with this case,” he said.