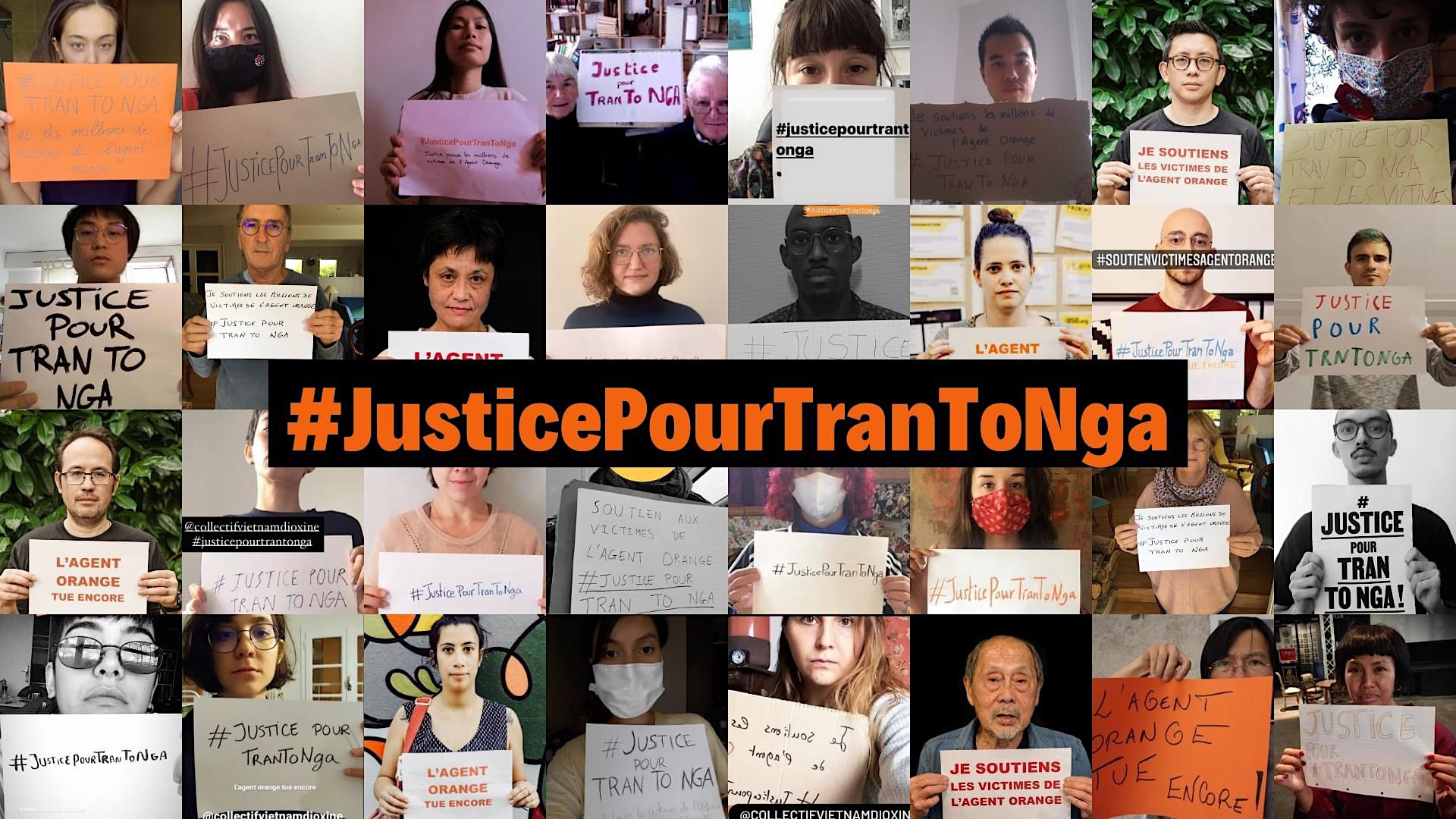 A French court will open a historic trial on Monday on a lawsuit filed by a 79-year-old Vietnamese-French woman against 26 United States chemical firms that are held responsible for the deposition of Agent Orange/dioxin in Vietnam in wartime.

Tran To Nga is expected to defend her lawsuit at the Crown Court of Evry City in a suburb of Paris.

Nga, who was born in the Mekong Delta province of Soc Trang in 1942, was a correspondent for the Liberation News Agency.

She covered the battlefield in southern Vietnam and was infected with dioxin.

A medical examination in France showed that she survived with dioxin levels in her blood much higher than the normal limits.

Determined to seek justice for victims of Agent Orange in Vietnam, Nga has spent the past years suing 26 U.S. chemical companies that produced and commercialized a large amount of Agent Orange.

During the war in Vietnam, the U.S. sprayed nearly 80 million liters of herbicide with Agent Orange onto Vietnamese territory, resulting in physical and emotional suffering for millions of Vietnamese people exposed to the chemical and their descendants.

Nga is the only case that can sue these firms on behalf of Agent Orange victims in Vietnam as she is a victim herself and a Vietnamese-French citizen who lives in the only country whose law allows such an international lawsuit.

Therefore, this can be considered as the final fight for justice for nearly five million dioxin victims in Vietnam.

During Monday’s trial, there will be a litigation session between lawyers of Nga and U.S. chemical companies responsible for the production and commercialization of Agent Orange during the war.

A total of 26 chemical companies were sued in the beginning, but 12 of them have been sold or shut down over the past years.

At the trial, 20 lawyers of 14 U.S. chemical companies, namely Bayer-Monsanto, Dow Chemical, Harcros Chemicals, Uniroyal Chemical, and Thompson-Hayward Chemical among others, will have four hours to debate, while Nga’s three lawyers will only have one hour and 30 minutes.

During a trip to Vietnam to visit Agent Orange victims two years ago, Bourdon told Tuoi Tre (Youth) newspaper that the lawsuit sought justice not only for Nga but also for millions of others.

The French lawyer expressed his strong belief that they had to win the case, stressing that they would do everything to achieve victory.

Bourdon said that his love and compassion for the victims had provided him with the motivation and energy to keep on fighting.

Over a decade of seeking justice

In May 2009, Nga testified at the International People's Tribunal of Conscience in Paris for Agent Orange/dioxin victims in Vietnam.

She was later accompanied by Bourdon and his partner André Bouny, who is a writer and president of the International Committee of Support (CIS) to support victims of Agent Orange.

After that, Nga decided to file a lawsuit against the U.S. chemical firms held accountable for this.

From 2009 to 2013, Nga prepared her lawsuit by translating many documents and papers related to the case from French into English.

In May 2013, the Crown Court of Evry City approved Nga's petition against the 26 U.S. chemical companies.

On April 2014, the Crown Court of Evry City opened the first session with a list of 19 American companies that had produced the chemicals used in the war in Vietnam.

There have been 19 procedural sessions since then.

On June 29, 2020, the court issued a notice on Nga's case and requested that procedural sessions be closed on September 28, so that the trial with litigation sessions could begin on October 12 the same year.