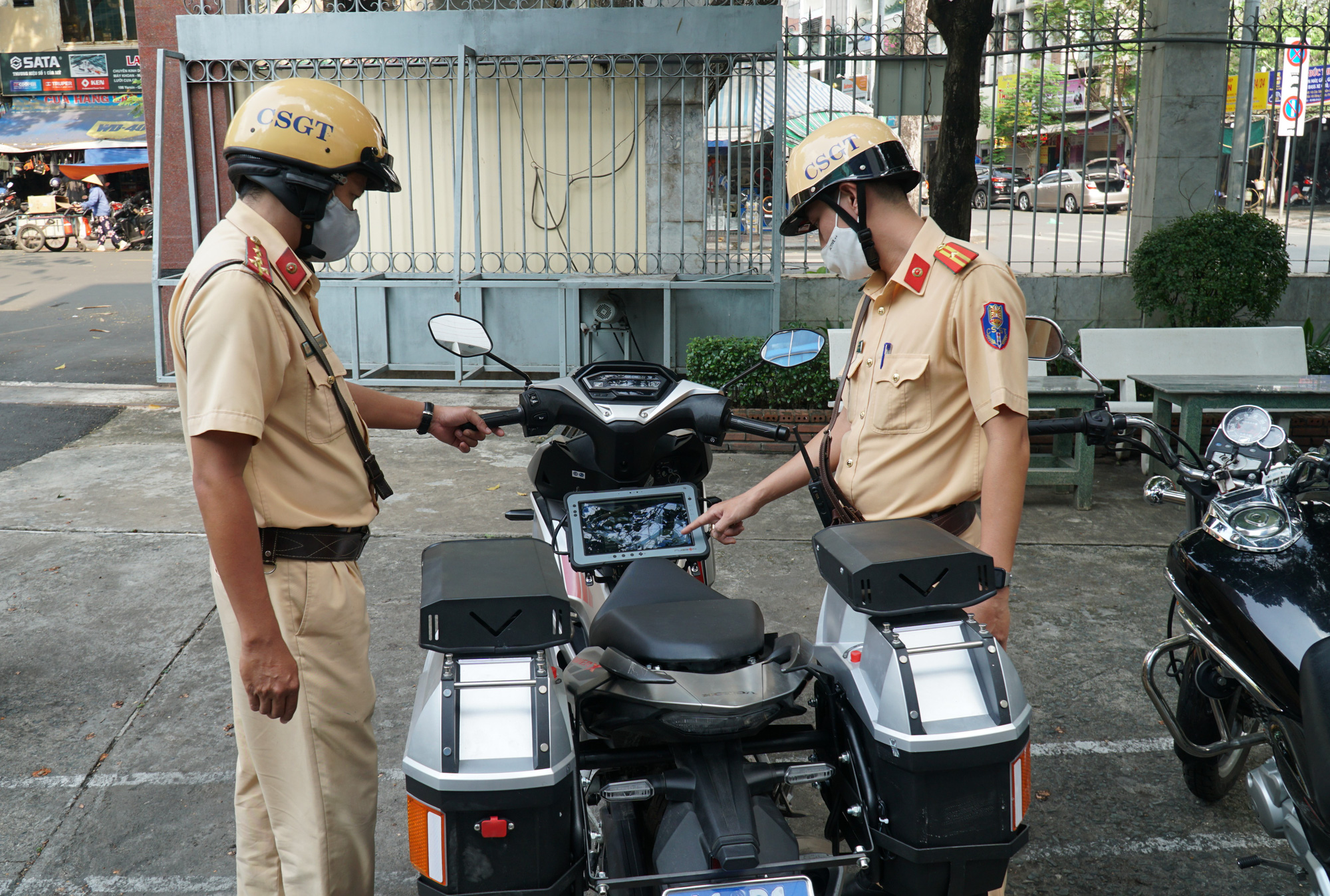 A team of traffic police officers in Ho Chi Minh City has been provided with specialized motorbikes equipped with a system that can quickly trace information of vehicles via their license plates.

Four of such motorbikes have been given to patrol team No. 363 in District 1, officers confirmed on Saturday.

The 150cc motorbikes can identify vehicles’ license plates via two cameras added to each side of their trunks.

After these cameras recognize the registration plates, the numbers will appear on the tablets installed at the front of the motorbikes.

The information will then be sent to the database center managed by the municipal Department of Public Security, and all data of corresponding vehicles will be sent back to the traffic police unit on their tablets.

The system will help them trace all information of a vehicle when dealing with traffic violations.

The cameras can also act as mobile CCTV and record footage during their patrols.

The system can help officers detect unregistered or suspicious vehicles on the roads.