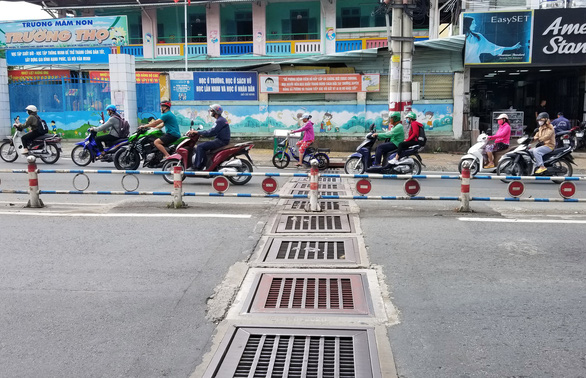 From now to 2025, Ho Chi Minh City will consider new constructions as well as upgrades to the drainage system of the new city-within-city Thu Duc.

The direction was mentioned in a detailed work plan on inundation prevention and wastewater treatment in Ho Chi Minh City for the 2020-30 phase, which was ratified by city authorities.

According to a World Wildlife Fund for Nature (WWF) report, Ho Chi Minh City will be one of the 11 major cities in South Asia and Southeast Asia to be hardest hit by climate change.

Meanwhile, the effort to control inundation in the city is seeing little output due to its topography situation.

On top of that, fast urbanization and underregulated construction have enkindled subsidence and landslides on the city surface which in turn have exacerbated flooding and undermined infrastructure quality.

Ho Chi Minh City authorities are also struggling to handle encroachments on the city’s canal system due to inconsistencies in certification and administration that legally protected some acts of public space invasion.

Waste disposal along local canals also proves a major issue which has hindered the city’s effort to improve its drainage system.

Considering those factors, Ho Chi Minh City sets out to maintain the improvements completed in the 2016-20 phase.

For the 2020-25 phase, the city aims to upgrade its drainage system and fix the pressing inundation issues on 15 streets.

City authorities will also prioritize completing the sewage system for its eastern area, which is now a part of the new city-within-city Thu Duc.

The canal network in the city will receive dredging and upgrades to enhance the cityscape and prepare for waterway tourism projects.