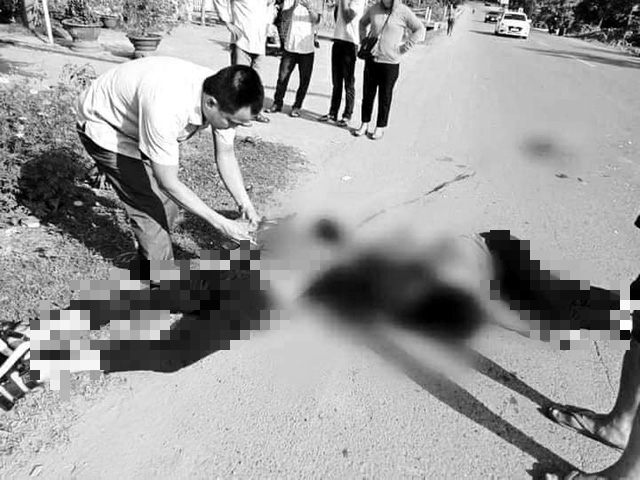 Police in the north-central province of Quang Tri have arrested a tractor-trailer driver for causing a hit-and-run that killed two people on a motorbike on Saturday afternoon.

The traffic police division under the provincial Department of Public Security confirmed on Saturday evening they had apprehended D.V.N., 42, to facilitate an investigation.

Preliminary information showed that the crash occurred along a section of National Highway No. 9 in Huong Hiep Commune, Dakrong District at 3:45 pm.

The two people on the motorcycle were killed on the spot, while N. continued to driver away and headed to Dong Ha City in Quang Tri Province.

After the incident was reported, local authorities promptly mobilized multiple police officers to track down the hit-and-run driver.

The tractor-trailer was pulled over about 35 kilometers away from the crash site.

N. was then escorted to the police station.