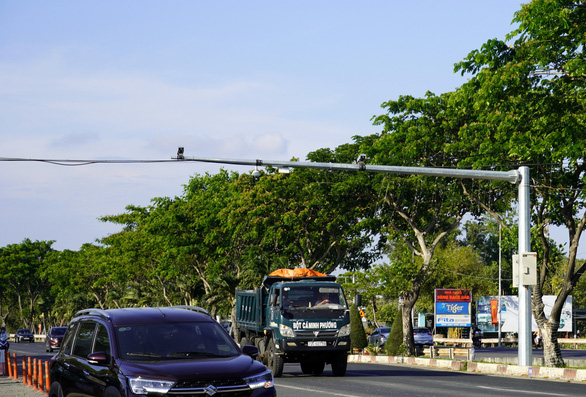 Police in Ba Ria – Vung Tau Province, about 100km from Ho Chi Minh City, on Monday inaugurated a US$3.5 million smart camera system for traffic surveillance on the local section of National Highway No. 51.

The system consists of 89 cameras placed along National Highway No. 51, from Ba Ria – Vung Tau’s Phu My Town to the entrance of Vung Tau City.

Images from the system will be sent to a server located at the headquarters of the municipal police department, where officers can monitor traffic in real time via a board of screens.

Among the 89 cameras, six will supervise speeding violations, while eight others observe social order and the others keep track of other lawbreaking behaviors such as lane crossing, wrong parking, as well as traffic light non-adherence.

The camera network can monitor multiple traffic lanes at a time, gauge the speed of a vehicle running as fast as 300 kilometers per hour, and capturing the number plates of violators’ vehicles, regardless of day, night or weather conditions, according to the developer of the system.

After the incoming four-day national holiday from April 30 to May 3, administrative fines will be introduced, either via on-the-spot handling or violation tickets.

The system was developed using a budget of VND80 billion ($3.5 million).

The province is mulling similar systems on the local section of National Highway No. 55 and 56 at a cost of VND50 billion ($2.2 million).