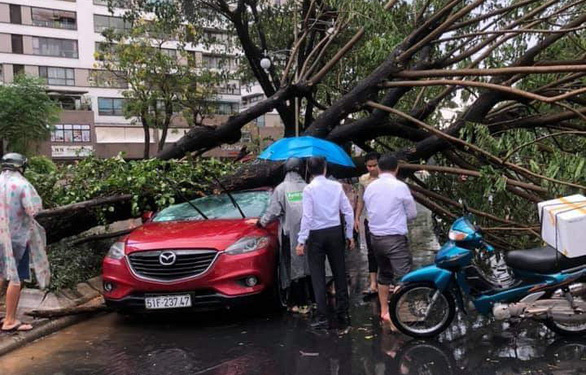 Rainy season to begin earlier but get shorter in southern Vietnam

The rainy season in southern Vietnam may begin early this year due to the effect of La Nina phenomenon but will be shorter, resulting in a lower volume of rainfall compared to previous years.

The region’s rainy season usually starts between May 10 and 15, according to Le Dinh Quyet, an official of the southern hydro-meteorological station.

However, the rainy season in 2021 is expected to begin in late April or early May due to the La Nina phenomenon, Quyet continued.

From mid-April to late June, the lowest temperature in southern localities will be at 23-24 degrees Celsius.

It will be chilly in the early morning and sunny during the day, while torrential rain will mainly occur in the evening and potentially cause inundation in multiple areas.

The effect of La Nina will weaken in August, but strong gusts and thunderstorms will occur more often.

Unseasonal rains have been in the forecast since the beginning of April, with precipitation having recently increased in intensity, lowering the region’s average temperature.

Experts attributed this weather pattern to La Nina, which has returned to Vietnam after one decade.

The effect has yet to be serious, but is expected to be unpredictable, requiring certain measures to be taken to ensure safety for local residents and protect their property.

The southern region has gone through a very pleasant dry season this year, with the highest temperature dropping to 35-37 degrees Celsius in mid-April from 38-39 degrees Celsius in early March, according to Le Thi Xuan Lan, a weather pundit based in southern Vietnam.

Although the rainy season may come earlier this year, it will likely get shorter, resulting in a lower volume of rainfall compared to preceding years, the expert warned.

She suggested that local authorities start taking measures to store fresh water to cope with drought and saltwater intrusion.