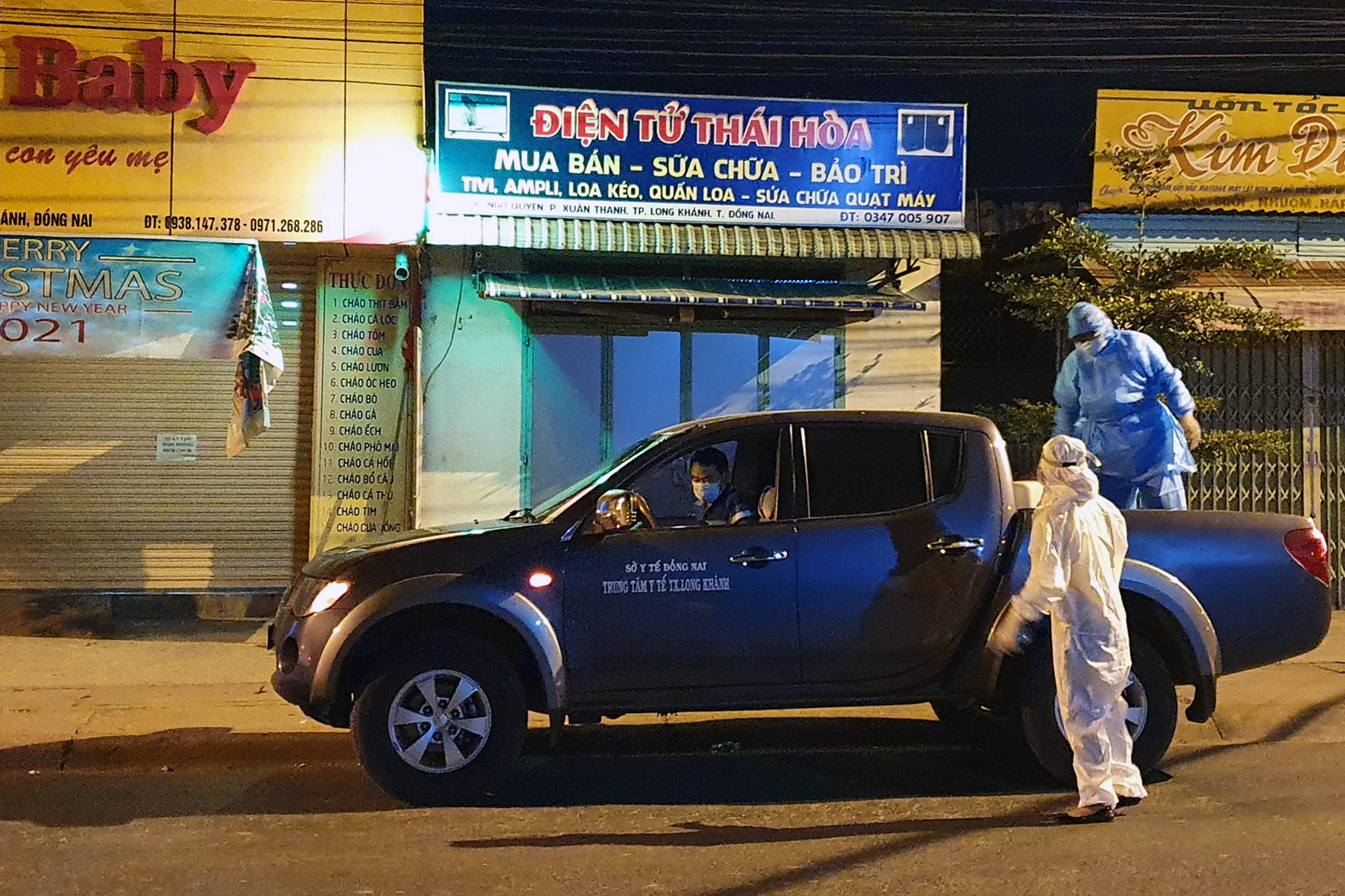 Over 20 people including six police officers have been quarantined following their direct contact with a woman who tested positive for the novel coronavirus after returning to southern Dong Nai Province from central Da Nang City.

An official from the Dong Nai Department of Health confirmed on Wednesday morning that 23 people have been brought to quarantine facilities after coming into contact with 44-year-old B.T.T..

She was picked up by a family member and headed home in Xuan Thanh Ward.

She had a meal at Thien Huong diner later the same day and went to the headquarters of her neighborhood to sign up for the issuance of the new chip-based ID card.

At around 8:30 pm, T. heard the news about patient No. 2,982 and headed to the medical center in Xuan Thanh Ward to fill in a health declaration and get tested for COVID-19.

The result came back positive that night.

Authorities in Dong Nai convened an urgent meeting the same night to promptly deal with the case.

Among her 23 direct contacts, four are her family members and six are police officers who helped her carry out procedures for her ID card issuance.

Vietnam has documented 2,996 COVID-19 cases as of Wednesday morning, with 2,560 recoveries and 35 deaths, according to the Ministry of Health.

Thirty-eight local infections have been recorded in the country since April 27.