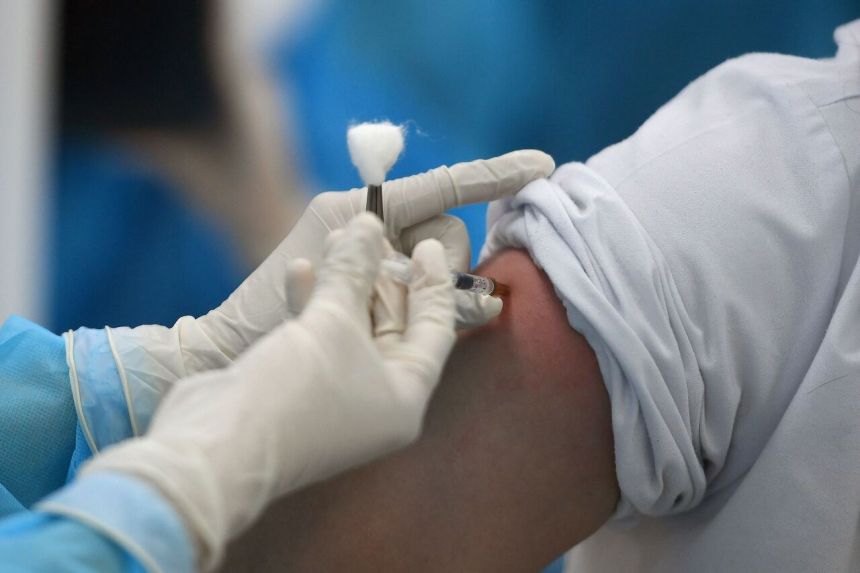 HANOI -- Vietnam is seeking the transfer of mRNA technology to domestically manufacture COVID-19 vaccines, state media reported on Tuesday, as officials warned of supply issues until the end of the year.

MRNA vaccines, like that developed jointly by BionTech and Pfizer, prompt the human body to make a protein that is part of the virus, triggering an immune response.

"Given the currently limited supply to Vietnam, especially as the COVID-19 situation is showing complicated developments, the health ministry has met with a World Health Organization representative to facilitate the negotiations on transferring of mRNA technology," the Vietnam News Agency reported.

Governments are looking to build up local vaccine production after manufacturing setbacks slowed rollouts in some countries.

Vaccine makers have come under growing pressure to free up their patents to aid poor countries. BioNTech and other COVID-19 vaccine makers have said they were already transferring vital production knowledge to other parts of the world.

On Monday, BioNTech announced plans to set up a regional centre and a new vaccine factory in Singapore.

Vietnam has been praised for its record in containing COVID-19 outbreaks quickly through targeted mass testing and a strict, centralised quarantine programme.

But a new outbreak emerged late last month and has already reached 26 of its 63 provinces, with a daily record 125 cases reported on Monday, although infections are still relatively low at 581 in the past two weeks.

Vietnam said last week it aims to administer all of its almost one million AstraZeneca doses, most of which came via the global COVAX scheme, by May 15.

"The health ministry is trying to obtain more vaccines, and we expect to receive more by the end of 2021, but it won't be enough for community immunity," Deputy Prime Minister Vu Duc Dam said in a statement on Tuesday.

"At least from now until the end of 2021, Vietnam will have to take anti-COVID-19 measures as if it hasn't received any vaccines."