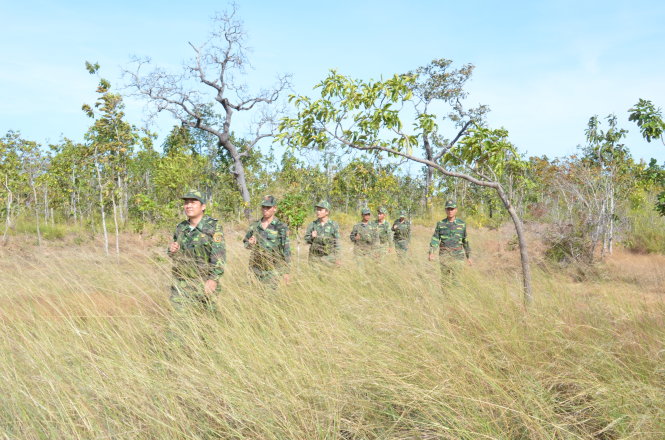 Border guards nationwide have handled 319 cases of illegal entry into Vietnam via land borders from its neighboring countries during the past three days, border guard forces reported on Sunday.

These unlawful border crossings were discovered in boundary areas between Vietnam and China, Laos and Cambodia from June 4 to 6.

Cases of illegal entry into Vietnam through trails along borderlines have increased in recent weeks while the country has been trying to prevent coronavirus spread, including from its neighbors, warned the Vietnamese Border Guard High Command.

Particularly, the period between May 27 and June 3 saw the number of unlawful entries from Cambodia rose 3.5 times compared to the previous week.

Border guard units across the country have strengthened their patrols to prevent border jumping, helping curb the possible spread of coronavirus to Vietnam through illegal entrants, the agency stated.

In addition, the forces have encouraged people to detect and report illegal migrants to them or police or other relevant agencies.

At the same time, border guards are required to improve their skills, comply with discipline and must not abet any border jumping, the high command said.

Two months ago, the border guard command of Lao Cai Province arrested a COVID-19 patrol team member for joining hands with a gang in organizing sneak border crossings between Vietnam and China.

The patroller, 33-year-old Ly Chu, who was also head of a grassroots-level military command board, was detained for facilitating 91 cases of illegal border crossings involving around 200 people since April 2020, local police reported.

The Ministry of Health on Monday noon confirmed 92 new COVID-19 cases nationwide, which have taken the country’s tally of patients to 8,883, including 3,368 recoveries and 53 deaths, since early 2020.