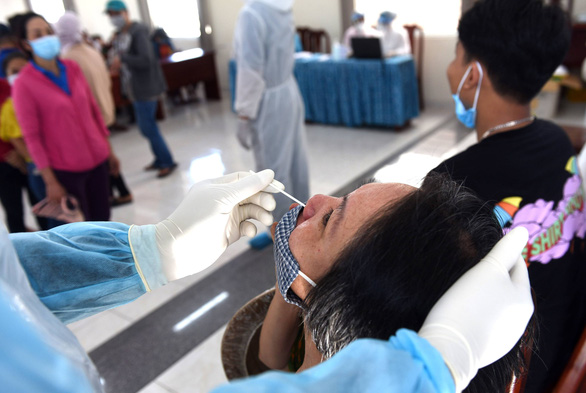 The Ministry of Health announced 211 new domestic coronavirus cases on Monday, most recorded in a hotbed in northern Vietnam.

One hundred and twenty-two of the locally-transmitted infections were registered in Bac Giang Province, which is the country’s largest epicenter.

Ho Chi Minh City, a busy economic hub in the south, reported 46 patients, the majority linked to a religious group.

Vietnam has logged 5,833 local infections in 39 out of its 63 provinces and cities since April 27, when the fourth wave broke out.

Vietnam has documented an accumulation of 8,983 COVID-19 patients, including 7,402 community cases and 1,581 imported ones, since the virus first hit it on January 23, 2020, according to the health ministry’s data.

Recoveries have reached 3,509, including 141 announced on Monday, while 53 patients have died so far, most having suffered underlying medical conditions.

The government has administered 1,248,559 vaccine shots to medical staff and other frontline workers since mass inoculation was rolled out on March 8.

The health ministry last week claimed to have secured 120 of the targeted 150 million vaccine jabs to immunize at least 70 percent of the country’s population of nearly 98 million people this year.