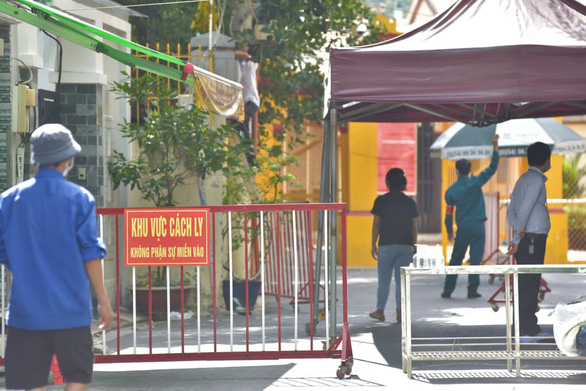 The Ministry of Health documented on Monday 82 additional local coronavirus cases in Ho Chi Minh City, most of whom were direct contacts of infected patients.

The ministry recorded 30 of the infections in the morning, 26 in the afternoon, and 26 in the evening.

Eight cases were traced back to Revival Ekklesia Mission, a Christian congregation based in Go Vap District, which is the largest cluster in the city now, the municipal Center for Disease Control said in a report the same day.

At least 450 infections have been traced to this religious group since April 27, when the fourth COVID-19 wave broke out in Vietnam.

Eleven of the city’s latest cases were related to the Ho Chi Minh City Hospital for Tropical Diseases, where 55 fully vaccinated employees have caught the virus since the weekend. The hospital has been locked down since Sunday.

Fifty-three were direct contacts of already infected patients while health workers are trying to find the source of infection of the remaining ten.

City authorities decided on Monday to extend the enhanced social distancing measures implemented since May 31 by two weeks given an escalation in transmissions.

Vietnam recorded 266 domestic COVID-19 infections on Monday, according to the health ministry’s data.

The fourth wave’s tally has reached 7,599 cases logged in 40 out of 63 provinces and cities.

Vietnam has confirmed 10,810 coronavirus patients, including 9,168 local and 1,642 imported cases, since the virus first emerged in the Southeast Asian country on January 23, 2020, according to Ministry of Health statistics.

The ministry announced 238 recoveries and two deaths on Monday, bringing the totals to 4,236 and 61, respectively.

The government has administered 1,498,323 AstraZeneca doses to medical staff and other frontline workers since inoculation was rolled out on March 8.