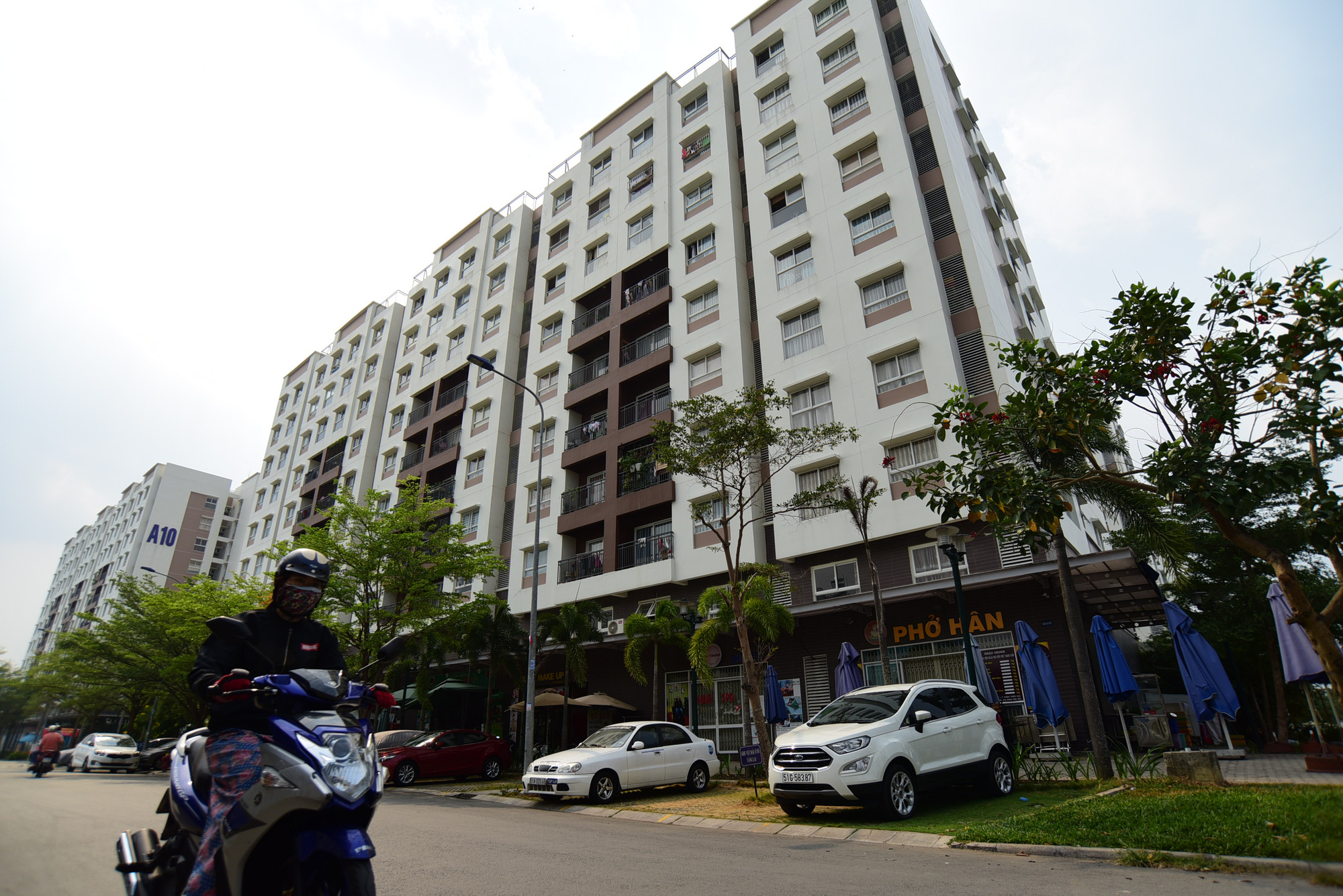 Authorities in Binh Tan District, Ho Chi Minh City have sealed off the entire Ehome 3 apartment complex and will test all residents there for COVID-19 after an infection chain was determined to be related to this location.

The lockdown started at 10:00 am on Sunday and will remain in place until further notice, according to Truong Dinh Nhan, director of the Center for Disease Control of Binh Tan District.

All of about 7,600 residents living in 14 blocks of the apartment complex will also have their samples collected for COVID-19 testing.

The residents have been informed of apps connected with systems of supermarkets and retail stores for online purchases of supplies and necessities, according to To Hoang Giang, chairman of An Lac Ward, where the Ehome 3 apartment complex is located.

“Supplies and necessities will be gathered at the checkpoints and transferred by the ward’s functional forces to each block for residents to pick up,” said Giang.

“We affirm that residents in the apartment buildings will not face undue difficulties during this temporary blockade."

Previously, the first case of COVID-19 was detected at a flat on the fourth floor of Block A6 at Ehome 3 on May 30. The patient was later numbered 7,409.

On the morning of June 11, the Ho Chi Minh City Center for Disease Control said that through epidemiological investigations, a chain of infections was recorded in relation to the Ehome 3 apartment complex.

The authorities then temporarily sealed off some blocks of the complex to localize the infections.

On Sunday, two more suspected cases, a couple selling agricultural products on the ground floor of Block A9, were discovered at this apartment complex.

Binh Tan District thus decided to temporarily cordon off all 14 blocks of Ehome 3 to carry out a full sampling drive.

Vietnam has been hit utterly hard by a fourth virus wave since April 27, with 7,424 local infections having been recorded in 40 of its 63 provinces and cities ever since, according to the Ministry of Health’s data.

The northern province of Bac Giang is leading this round’s tally with 4,068 patients, followed by northern Bac Ninh Province with 1,352, Ho Chi Minh City with 819, and Hanoi with 459.

Recoveries have reached 3,998 while 59 patients have died, most with critical underlying medical conditions like cancer and chronic renal failure.