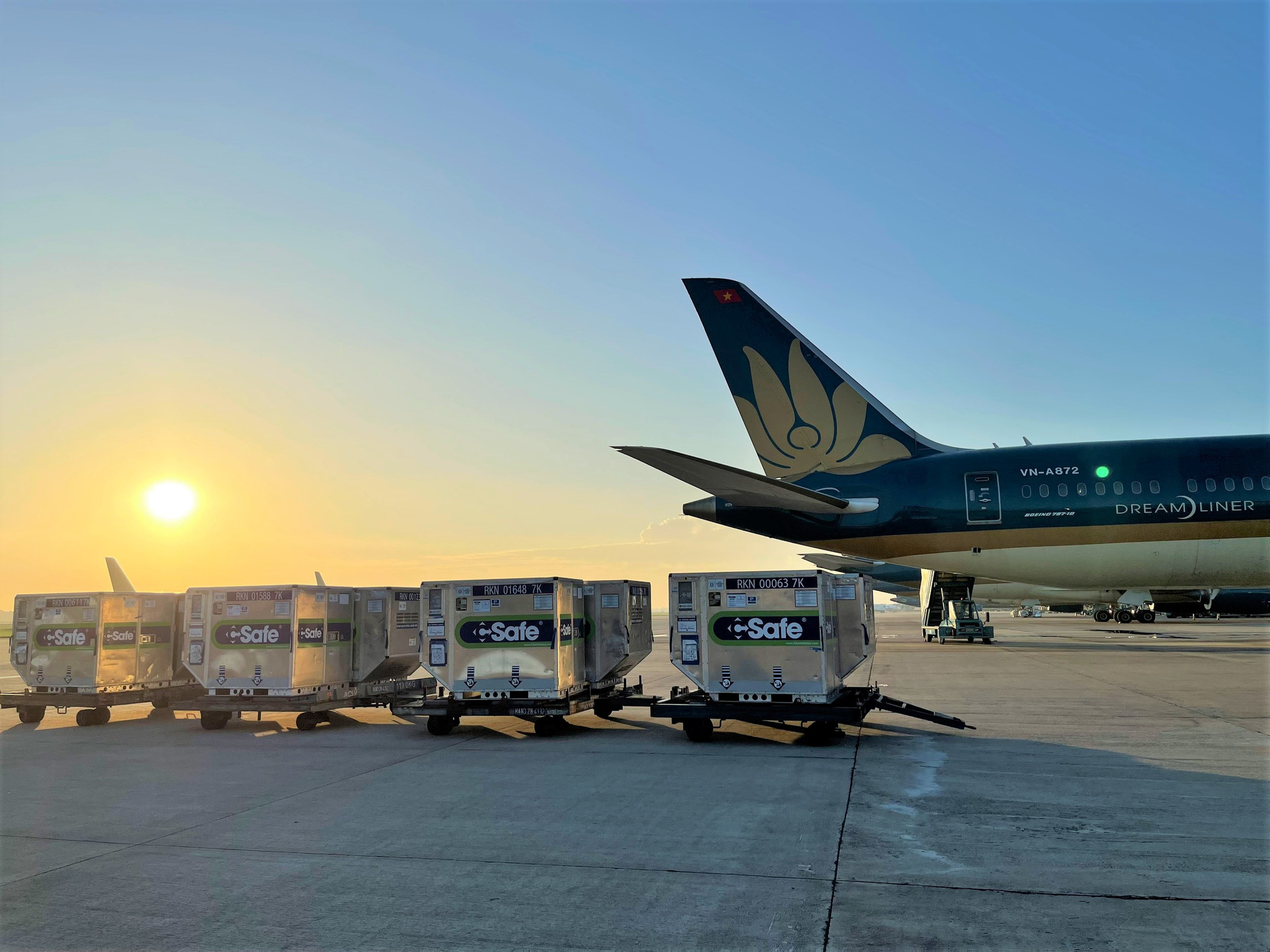 A sponsored flight opperated by flag carrier Vietnam Airlines transported 800,000 doses of AstraZeneca COVID-19 vaccine from Hanoi to Ho Chi Minh City on Thursday morning after the shipment arrived in the country from Japan the night before.

The batch of vaccine doses produced in Japan and given as a donation by the East Asian nation’s government to Vietnam landed at Noi Bai International Airport in Hanoi at around 10:00 pm on Wednesday.

It includes 966,320 doses of AstraZeneca vaccine, which is for intramuscular injection, according to online newspaper VnExpress.

One vial of the vaccine is enough for ten doses of 0.5ml.

During the journey, the vaccines were stored in specialized refrigerated containers and kept in a special cargo storage area in accordance with a service process that meets the strict standards of the International Air Transport Association.

Vietnam Airlines’ cargo staff then began transferring 800,000 doses onto a wide-body Boeing 787 plane to depart for Ho Chi Minh City at 7:00 am on Thursday.

The 800,000 doses are intended for priority groups in the city, one of the four current virus hot spots.

The remaining doses of the batch will be shared among Bac Giang and Bac Ninh Provinces -- the two localities with the highest numbers of infections in the ongoing virus wave.

This is the fifth shipment of the AstraZeneca COVID-19 vaccine to arrive in Vietnam so far, bringing the total number of jabs near four million, according to the VGP.

Vietnam has so far administered more than 1.77 million doses of the vaccine, with over 72,000 people having received two.

The proportion of vaccinated people over those who are subject to inoculation is approximately 2.5 percent, which is a low ratio compared to those of other nations in the Southeast Asian region.

The Vietnamese Ministry of Health confirmed 220 new COVID-19 cases, including 212 domestic infections, at noon on Thursday, taking the national caseload to 12,014 patients, with 4,590 recoveries and 61 deaths.

From April 27 to Wednesday morning, 8,781 local cases were recorded in 40 of Vietnam’s 63 provinces and cities in this infection round -- the fourth and worst since the pathogen first hit the country on January 23, 2020.