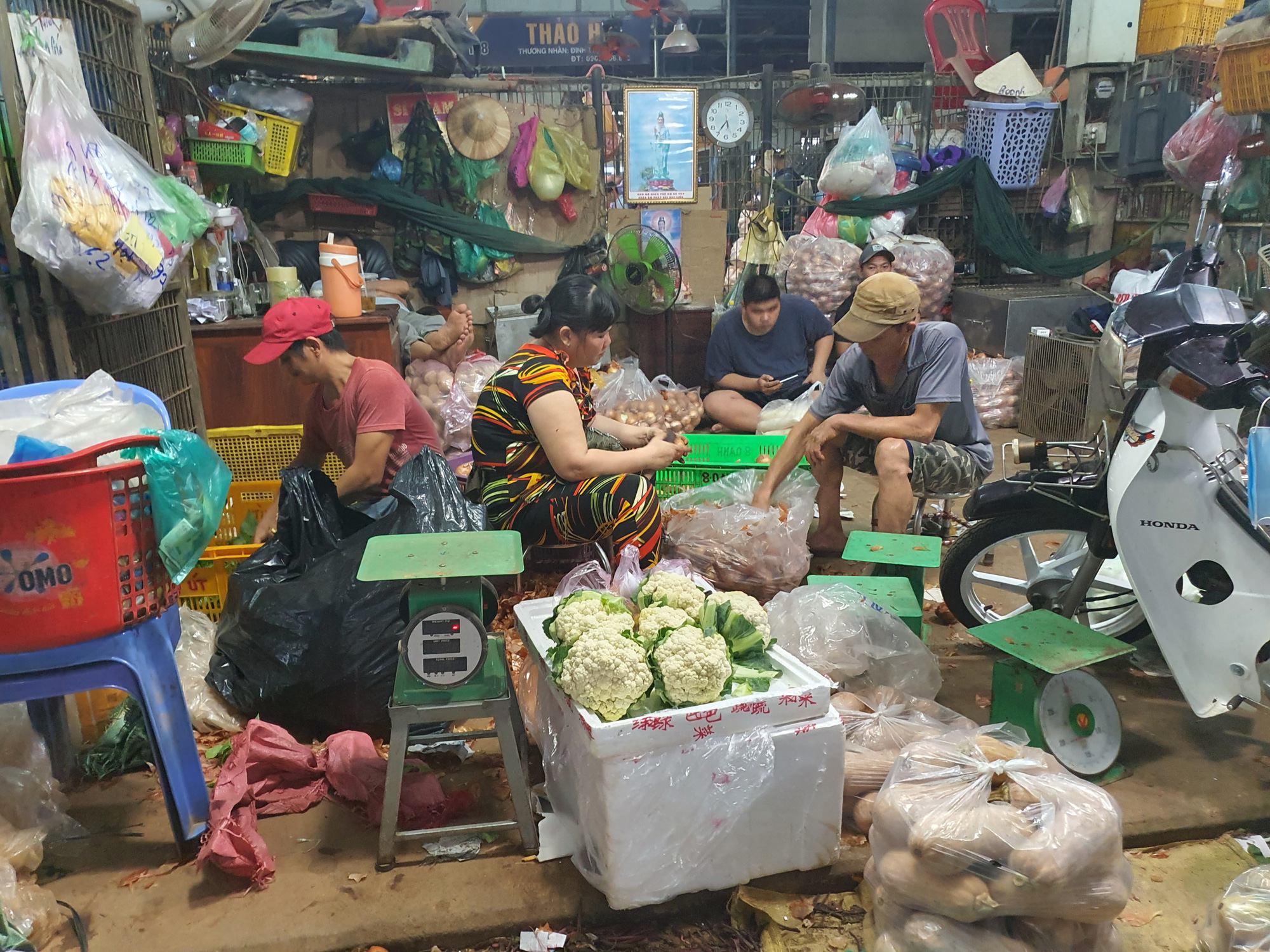 The porter, specializing in carrying fish, lived in District 1.

Following the detection of his infection, local authorities disinfected the entire Binh Dien Market, where more than 20,000 drivers, customers, and merchants from different localities visited every day, and have collected samples from related people as well as carried out epidemiological investigation.

About 1,000 samples were collected from people working near the porter on Friday evening, according to a representative of District 8’s medical center.

Some 300 other porters at the market also took the COVID-19 test.

Among them, 21 people were already sent to a centralized quarantine facility for coming into direct contact with the porter in question.

Functional forces in the district have continued to collaborate with their colleagues in District 1 to trace direct contacts of the man.

“The initial investigation results showed that the man had a complicated travel schedule and met a lot of people,” the medical representative said.

Before his testing result returned, he had taken two days off to look after his relative, who had been treated at a hospital and later tested positive for COVID-19 in a rapid test.

The officers have planned to continue another pooled sampling drive on all merchants at the marketplace.

Vietnam has documented 12,508 COVID-19 cases as of Saturday morning, with 4,733 recoveries and 62 deaths, according to the Ministry of Health.

The country has logged 9,266 local infections in 41 out of its 63 provinces and cities since the fourth wave erupted on April 27, including 1,386 cases in Ho Chi Minh City.