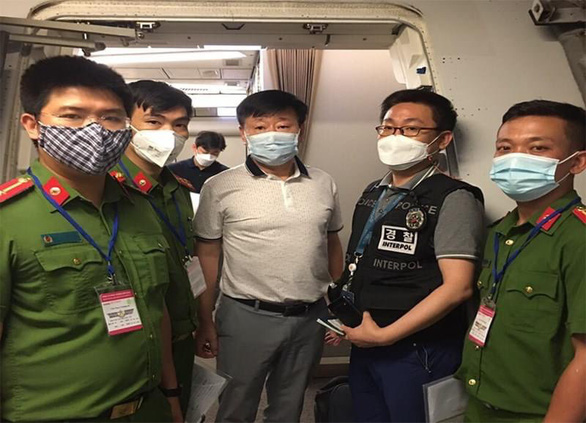 Police in Hanoi City have handed over a wanted South Korean man, who is charged with fraud, to the South Korean police after arresting him at a local apartment building.

The handover of the hunted man, 58-year-old Shin Youngho, took place on Saturday between the police in Hanoi’s Bac Tu Liem District and their South Korean counterparts at the Noi Bai International Airport.

Local police earlier detected the hunted foreigner while he was living in a flat of Sunshine City apartment building in the district’s Dong Ngac Ward.

The detection came while the district police were conducting inspections at a number of local accommodation facilities.

As the foreigner showed signs of suspicion, police checked his passport and visa and detected his overstay in Vietnam, since his authorized stay period expired on September 20, 2019.

Through identity verification, the police discovered that Shin Youngho was being hunted by South Korean police for fraud and property appropriation.

After being escorted to a police station for interrogation, Shin admitted to the crime.

Earlier in March, another South Korean man, also charged with fraud, was arrested in Hanoi after he had been put on the international wanted list by South Korean police.