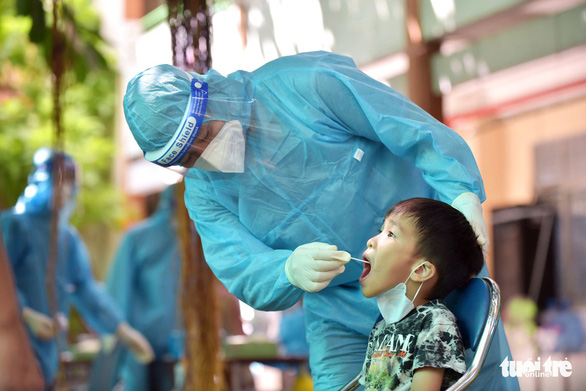 More than 1,300 domestic coronavirus infections were confirmed in Ho Chi Minh City this weekend, placing the business hub on top of Vietnam’s caseload, having been recorded since a new outbreak hit the country in late April.

Saturday saw 714 cases while 599 patients were announced on Sunday, the Ho Chi Minh City Center for Disease Control (HCDC) said in reports issued on the days.

Health authorities are tracing the sources of 128 infections while the remainder were detected in centralized quarantine centers or isolated areas, the HCDC elaborated.

The city is proceeding with its mass screening of the community for infected patients so health workers have reported a daily increase of more than 200 cases over the past week.

Local authorities have put enhanced social distancing measures in place for over a month, shutting down non-essential businesses, banning crowded events, and ordering eateries to offer takeout only.

Vietnam has been hard hit by the fourth and worst virus wave since April 27.

The Ministry of Health confirmed 873 domestically-transmitted infections on Sunday alone, most found in centralized quarantine centers or isolated areas.

It has documented almost 17,000 local cases in the majority of its provinces and cities ever since, with table leader Ho Chi Minh City logging 6,034 patients.

More than 7,800 patients, including 176 announced on Sunday, have recovered from COVID-19 whereas 86 have died, mostly with critical pre-existing conditions.

Over 3.8 million AstraZeneca vaccine doses have been administered to priority groups, including frontline workers, police, soldiers, teachers, and factory workers, among others.