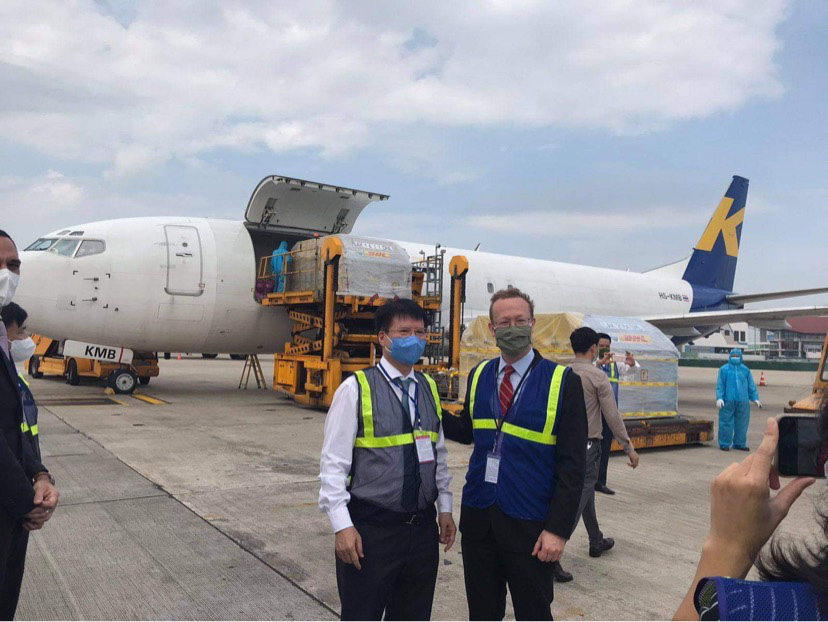 The first shipment of Pfizer/BioNTech COVID-19 vaccine, part of the 31 million doses purchased by Vietnam, arrived in Hanoi on Wednesday morning.

After arriving at Noi Bai International Airport, the shipment of over 97,000 jabs was transferred to a warehouse operated by the National Institute of Hygiene and Epidemiology, according to the Ministry of Health.

A second shipment of more than 90,000 jabs will be delivered next week.

Batches of the vaccine will continue reaching Vietnam on a weekly basis, with a total of three million shots expected to arrive by the end of the third quarter.

The remaining 28 million doses will be delivered during the fourth quarter.

The Vietnamese government previously purchased a total of 31 million shots of COVID-19 vaccine from Pfizer.

A source close to Tuoi Tre (Youth) newspaper said that these jabs would be distributed to virus-hit localities in the country.

The Pfizer/BioNTech is among the five COVID-19 vaccines that have been approved for emergency use in Vietnam.

The other four are the AstraZeneca vaccine, Russia's Sputnik V, China's Sinopharm, and the U.S.' Moderna.

Vietnam had documented 23,385 cases of COVID-19 as of Thursday morning, with 8,557 recoveries and 105 deaths, according to the health ministry.

The country has recorded 19,924 local infections in 56 provinces and cities since the fourth wave began on April 27.

More than 3.96 million vaccine doses have been administered since Vietnam began rolling out inoculation on March 8, with over 241,000 people having completed the two-dose regimen.

The government set a target of immunizing two-thirds of its population of nearly 98 million people against COVID-19 by the end of this year.