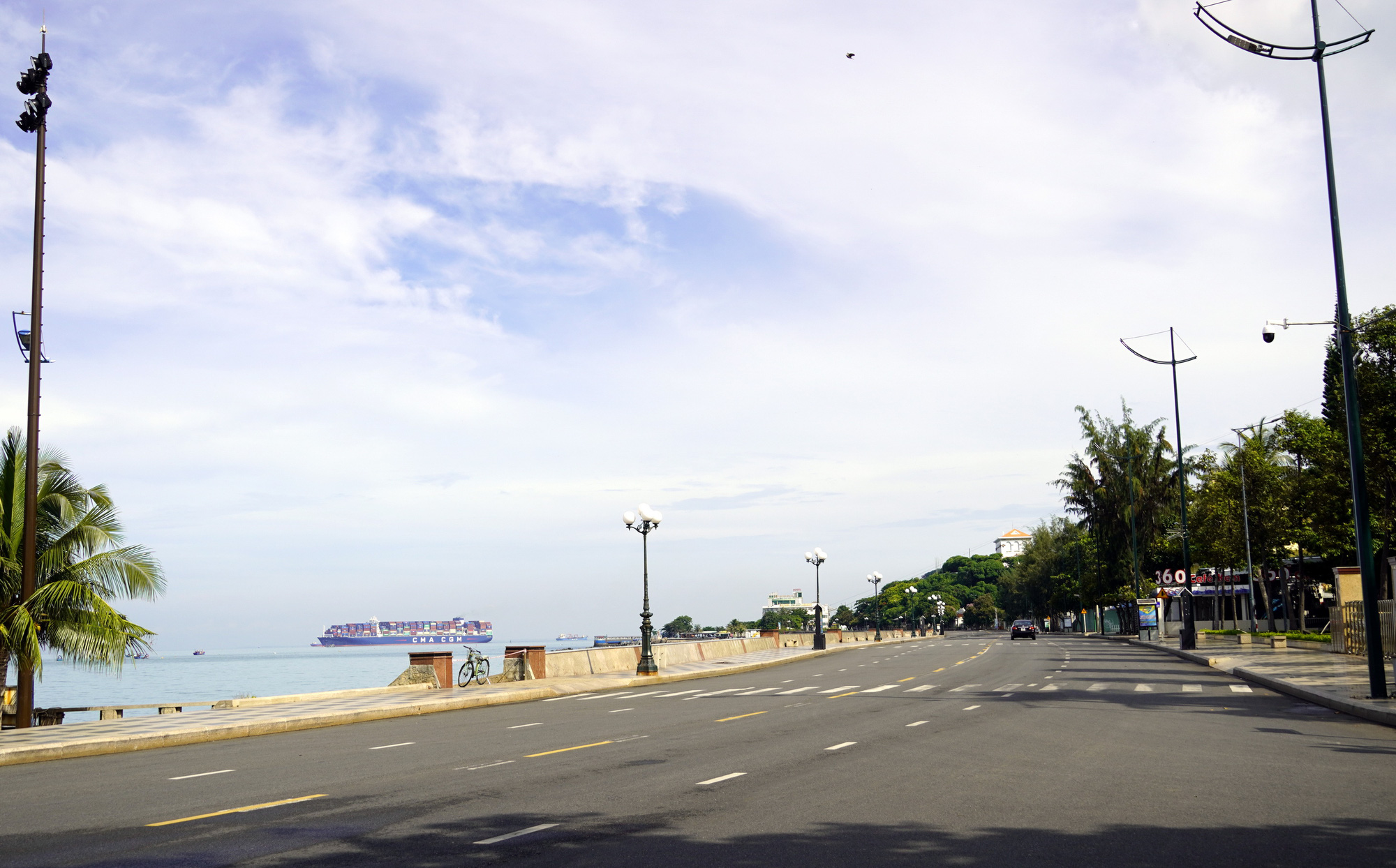 Authorities in Vung Tau City, located in Ba Ria - Vung Tau Province in souther Vietnam, have banned people from traveling to work by motorbike and on foot for COVID-19 prevention.

The prohibition is mandated in a document issued by the People’s Committee of Vung Tau on Sunday evening that stipulates strengthened measures to control traffic in the city during the 14-day implementation of social distancing, which starts in the entire province on Monday.

Accordingly, the city’s governing body has requested production establishments to arrange for their workers to travel altogether on one vehicle between their home and workplace.

Each vehicle must not transport more than 50 percent of its capacity or 20 passengers.

Workers are not allowed to ride motorbikes or walk to work.

Companies are encouraged to make preparations for workers to stay inside their facilities.

Only delivery workers and those working at markets, supermarkets, convenience stores, and food supply establishments are permitted to use motorbikes to travel, providing that they hold a certificate of testing negative for the coronavirus.

The negative certificate is only valid for three days from the date of testing.

Cadres, civil servants, public employees, and workers in state agencies and public business units are also allowed to use motorbikes to travel during their official duties.

Following its issuance, the policy has prompted many concerns from companies and workers.

“It would take us the entirety of working hours to tour the city to pick up every worker,” said a firm’s representative.

“We haven’t prepared any resources for this shuttle service,” said another representative.

“In my opinion, this document should only apply to factories and companies in industrial zones,” another enterprise’s leader said, suggesting workers at other companies like his be allowed to use personal vehicles.

Responding to Tuoi Tre (Youth) newspaper’s query regarding those complaints late on Sunday night, a leader of the People’s Committee of Vung Tau emphasized that the city’s COVID-19 prevention committee had thoroughly discussed and considered the high risk of viral spread before preparing the document.

“The aim of the document is to quickly stop the spread,” said the leader.

“We hope that people and companies understand and seriously follow it."

The new infections increased the southern province’s caseload to 182 in the ongoing virus wave that erupted in Vietnam on April 27.