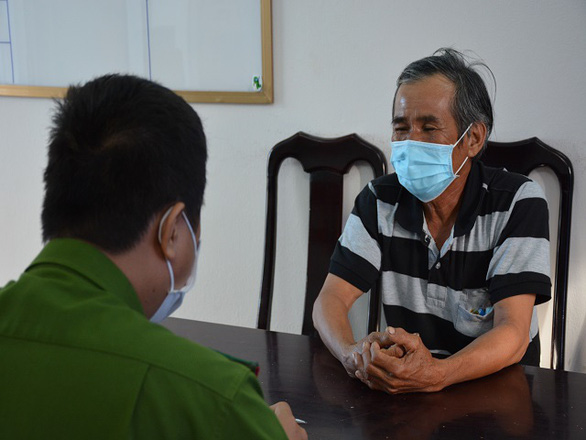 Police in Vietnam have captured a man who fled away 30 years ago after slashing a neighbor dead in the wake of a quarrel.

Officers in Quang Nam Province on Monday said they had coordinated with their counterparts in Ba Ria - Vung Tau Province to detain the hunted murderer, 58-year-old Huynh Duc Duong, on July 16.

After Duong got a negative coronavirus test result, police escorted him to Quang Nam on Monday for an investigation into the crime he committed on September 10, 1991.

That day, after drinking liquor with his friends, Duong fell into a quarrel with Ho Than, one of his neighbors, and Than’s son-in-law, Nguyen Cong Minh, while he was passing by the neighbor’s house.

Duong later rushed into Than’s house with an axe in his hand. He then gave Minh one slash while slashing Than twice with the axe.

After the attack, he fled away, leaving Than dead on the spot and Minh severely injured.

Since police could not find the killer anywhere, they put him on their wanted list 10 days later.

Meanwhile, Duong traveled to Ba Ria - Vung Tau and lived in the province’s Chau Duc District under a false name to avoid detection.

The killer had worked, got married, and had children there until police traced and arrested him last week.